ON THE NATIONAL COFFEE BILL OF 2018: CONCERNS AND PROPOSALS

According to the World Bank, coffee is Uganda’s top annual export; garnering over 500 million U.S dollars in revenue per annum compared to other agricultural produce such as tea and maize seeds. In Africa, Uganda ranks second to Ethiopia in coffee production and as of 2017/2018, was pushed from the seventh to the eighth place worldwide. In 1990, Uganda registered its highest revenue earning of 1 billion U.S dollars from coffee exportation as a result of extreme frosty conditions in Brazil, the number one coffee exporter in the World. At this point, one thing was clear for the reigning regime that coffee was a leading agricultural export that required utmost attention. 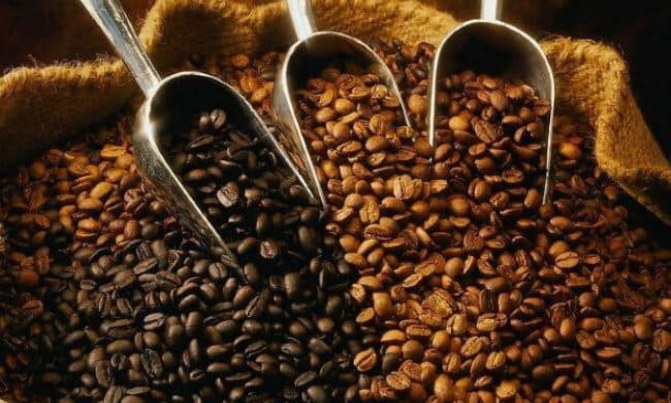 However, despite several efforts by Government to maintain the 1990 windfall, Uganda has since failed to earn a similar amount of revenue from coffee exportation. In fact, it plunged back to the 400 million dollars scale. A few years later, the 1994 Uganda Coffee Development Authority (UCDA) Act was enacted, thus establishing the UCDA as a body to develop and manage the various aspects concerning coffee production; not too long after the collapse of the Coffee Marketing Board.

Operationalization of its role under the Act has been an uphill task for the UCDA. This has not only been as a result of minimal government intervention, but also owing to the unclear demarcation of roles regarding regulation and development of the coffee sub sector between the Ministry of Agriculture, the UCDA and other relevant stakeholders; as well as the ignorance of many farmers, middle men and processors in respect to best practices for top notch coffee management in the various steps of the coffee value chain (inputs, production, processing, trade, roasting and marketing.

After almost two decades of operationalizing the UCDA Act, the Minister of Agriculture, Animal Industry and Fisheries (MAAIF); Hon. Vincent B. Ssempijja tabled the controversial National Coffee Bill of 2018 before Parliament seeking to repeal the UCDA Act. The objective of the Bill is to empower the UCDA to regulate, promote and oversee the coffee sub sector and to regulate all on-farm and off-farm operations in the coffee value chain. The desire is to regulate all aspects of the coffee value chain as they all impact on product quality. On-farm activities as defined in the Bill include; planting, soil or water management, pest and disease control and harvesting. Off-farm activities on the other hand (which the UCDA is only empowered to regulate under the current law) include; sorting, drying, storing, processing, grading, transporting, marketing, exporting, roasting, brewing and consumption.

In an interview with the Daily Monitor on 30th July 2019, the Executive Director of the UCDA – Mr. Emmanuel Iyamulemye intimated that the new law was intended to encompass the long term goals of Government, as well as to consider new advancements and address challenges that have emerged in relation to coffee research, extension services, farmer organisations and climate change.

Whereas the effort to provide for a more comprehensive legal framework and improvement of coffee growing, processing and marketing is commendable, there are some questionable provisions in the Bill as highlighted below, that require public scrutiny and clarification; especially for the various actors concerned.

Additionally, there is a fear (which is highly likely) that this provision can be targeted at promotion of growth of genetically modified coffee; since part of the UCDA’s mandate under this Bill will be to regulate on-farm activities so as to ensure a good crop yield. This goes as far as ensuring that the seeds planted by the farmer are of a good quality. It is a known fact that genetically modified crops are larger in yield and look more appealing compared to organic products. The Parliament has since 2017 been pushing for enactment of the Genetic Engineering Regulatory Act and it would not be far fetched to conclude that this coffee legislation is in one way or another an attempt to sneak in genetic modification. Special consideration should however be taken concerning the adverse effects this would have on farmers who wish to stick to organic farming, the change in the chemical content of the land, as well as the direct negative effects that GMOs pose to human health and the rest of the eco system.

In conclusion, although the National Coffee Bill of 2018 seemingly has good intentions of streamlining role players in coffee production in Uganda so as to improve the quality and match up to the different emerging global advancements, it bears clauses that need further scrutiny and adjustment in order to foster a better economic atmosphere in Uganda as far as coffee is concerned. Moreover, some of them ought to be struck off due to their suppressive nature or lack of necessity.

There is also the fear that the UCDA could potentially become a victim of some unscrupulous individual(s) with the financial muscle–seeking to secure personal interests as was the case with parastatals like the Coffee Marketing Board. Additionally, in seeking to establish the UCDA as regulator of both on-farm and off-farm activities in the coffee value chain, the Bill poses the risk of the UCDA having undue influence and monopoly over these activities; thereby putting other market actors at a disadvantage.

It is therefore recommended that farmer registration should be left to the farmers’ associations or cooperatives, that the UCDA works closely with representative bodies of the various actors in the coffee value chain rather than directly managing these processes and that better mechanisms be put in place in order to address incidences highlighted as offences above.