An anti GMO campaign following the passing of the approval of the Genetic Engineering Regulatory Bill by the Parliament of the Republic of Uganda in November 2018. This Bill is intended to stipulate the safe development and application of biotechnology in Uganda. The Government has been considering this technology apparently to improve agricultural productivity and competitiveness and to address challenges arising from climate change and recent devastating pests and diseases; to meet the increasing demand for food, feed and income. The Bill previously known as the National Biotechnology and Biosafety Bill, 2012 was renamed following recommendation by the President who declined to assent to it; raising a number of concerns and the need to establish certain precautionary measures across the country to preserve the biodiversity. A clear reading of this bill indicates that despite its proposals for safe management of GMOs, it does not sufficiently address the potential human and environmental health risks involved as well as the economic ramifications on local communities.

Crownel Co. undertook an initiative against the proposed Religious and Faith-Based Organisations (RFBO) policy which was developed by the Directorate of Ethics and Integrity to stipulate the operations of faith based organisations or entities in various ways. This policy eventually led to the tabling of a private member’s Bill presented before Parliament by Hon. John Baptist Nambeshe on 30th January 2019. The Bill was however met with a lot of resistance; following which recommendations for further consultations were made by the Speaker of Parliament before the Bill could be tabled before Parliament again. On the 18th of July 2019, the Minister of Ethics and Integrity, Father Simon Lokodo, informed the public that the revised Bill was ready, and that it would be used as a solution against “fake” or “self-styled” pastors. Crownel Co. being the lead champion of the rule of law and justice in this country is undertaking an ongoing vigorous and sustained campaign against this Bill and any related activities.

Our position is that the policy and Bill are inconsistent with Articles 7 and 29 (1)(c) of the Constitution of the Republic of Uganda on non-adoption of a State religion and freedom of thought, conscience and religion respectively; not to mention Uganda’s obligations under various international instruments. Our strategic actions for this initiative therefore included an aggressive media campaign against this policy and Bill through radio and TV talk shows, regular publication of articles, public dialogues, countrywide sensitization drives, and engagement of Members of Parliament. 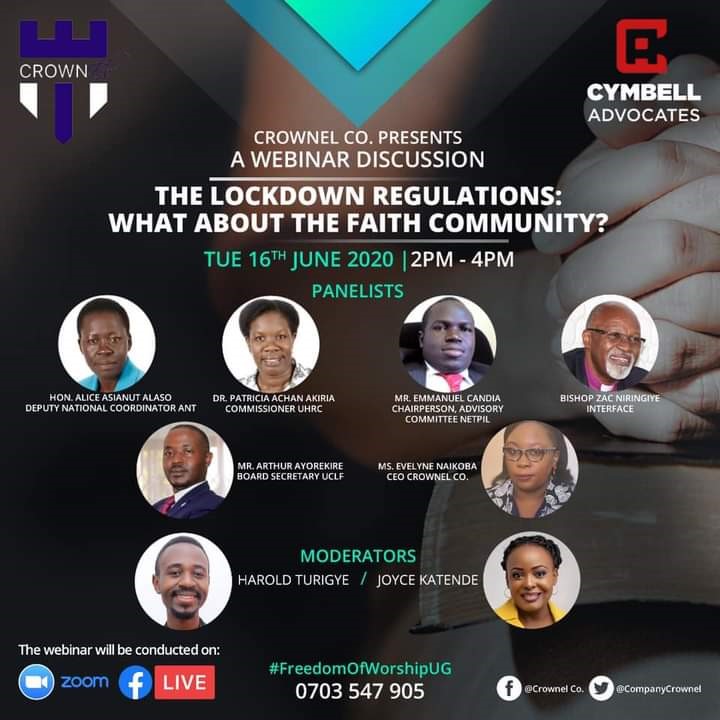 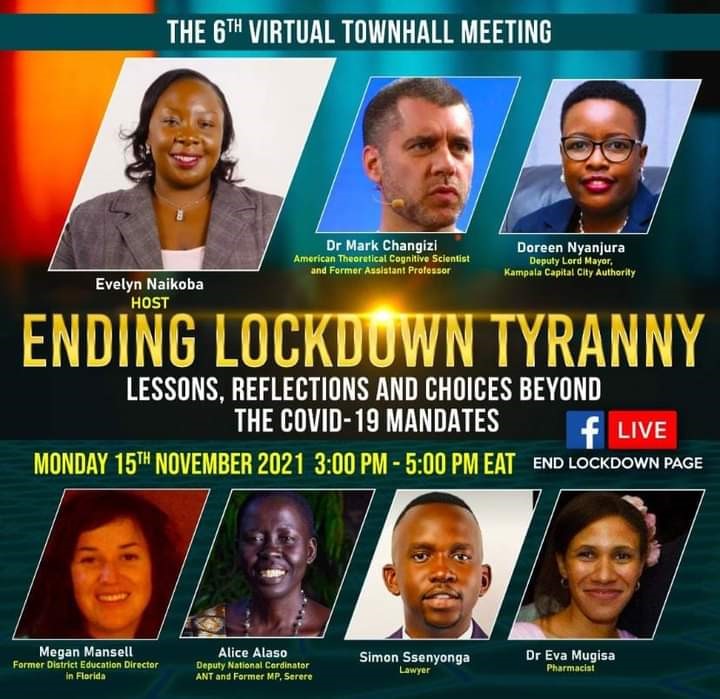 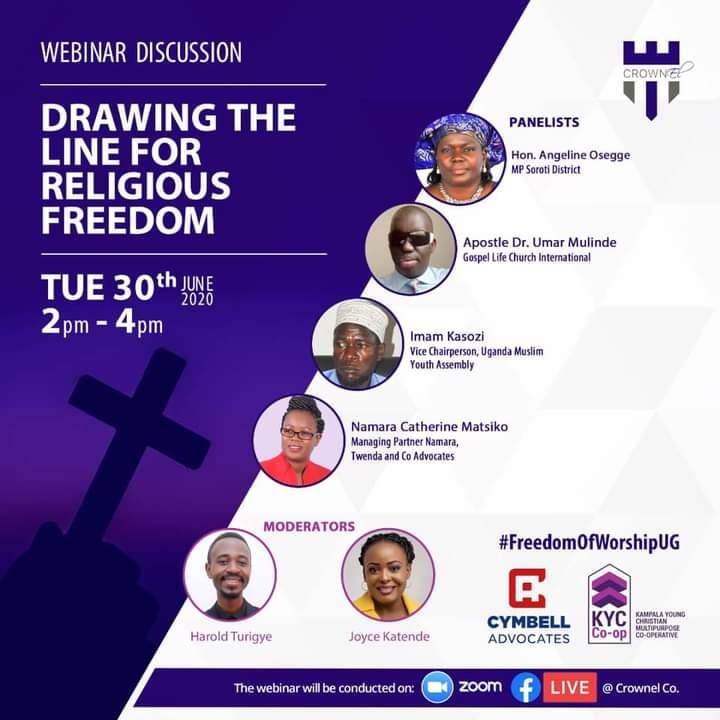 Furthermore,in a bid to butress our initiative on this policy and Bill, Crownel Co. reached out to the Advisor of the White House Faith and Opportunities Initiative in Washington D.C. proposing a joint intervention to prohibit curtailment of religious freedom in Uganda. The White House Faith and Opportunities Initiative has been entrusted with a pivotal role in support of faith-based and community organisations in the United States of America to among other things advance religious liberties.

Further to our correspondence to the White House Faith and Opportunities Initiative in July 2019 wherein Crownel Co. Ltd sought its intervention against potential curtailment of religious freedoms by the Government of Uganda through the proposed contentious Religious and Faith Organisations (RFO) Policy, Crownel held interaction with the United States Mission in Kampala in December 2019 on the general U.S. internal and external policy on Religious Freedoms.  The Crownel Co. Ltd Team met with the Political and Economic Affairs Unit of the Embassy of the United States of America in Kampala comprising Ms. Mary Ellen Tsekos-Velez (Political Officer), Mr. John K. Abimanyi (Political and Economic Assistant) and Ms. Eva N. Namusoke (Political Assistant).  The US Embassy team has since sought the contribution of Crownel Co. regarding the status of  Religious freedoms in Uganda for inclusion in the annual Human Rights Status Report on Uganda to the US Government.

The Crownel Co. Team following the Meeting at the US Embassy. 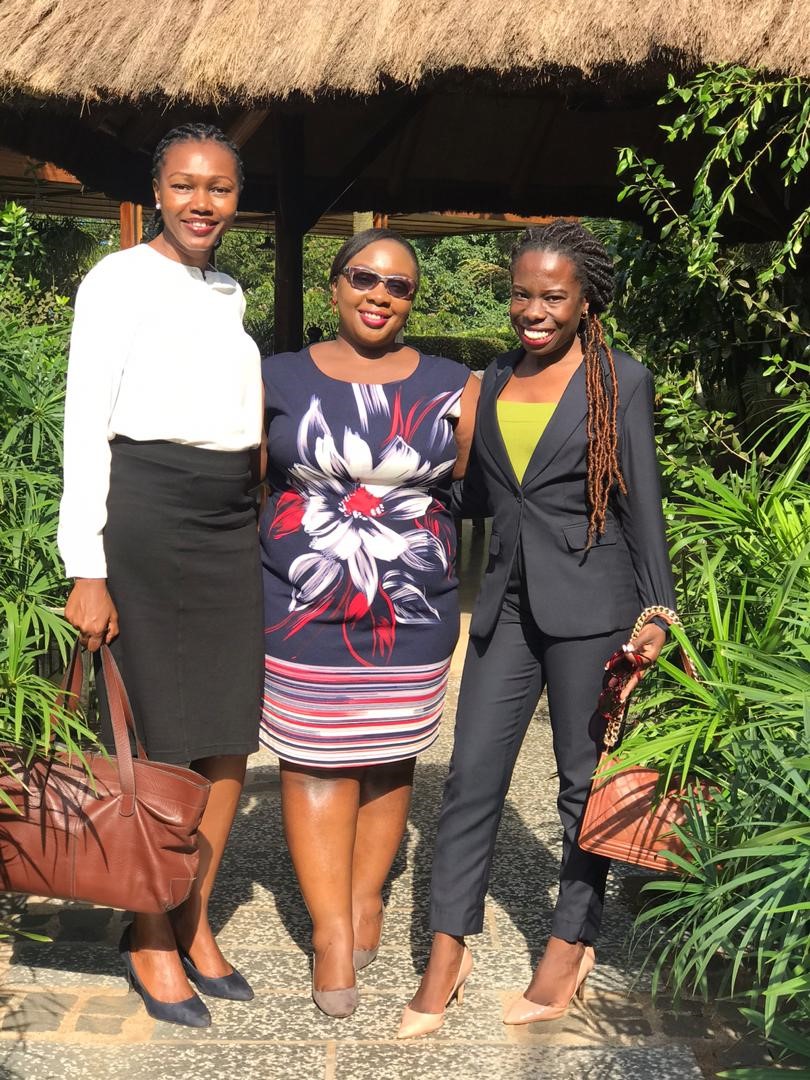