A CASE OF PRAISING THE EMPEROR’S NEW CLOTHES

A few days ago, I couldn’t help but read with disdain an article I stumbled upon citing the uproar that followed after Ugandan MPs were notified that they would be denied entry to Parliament due to non-vaccination. This directive was met with disapproval from sections of the lawmakers, who termed it as a ‘bad’ decision. In seeking a legal opinion from the Uganda Law Society President, Ms. Pheona Wall opined that vaccine mandates are being enforced world over and that employers and business owners reserved the right of admission into their premises. This reminded me of a classic childhood story called the Emperor’s New Clothes. 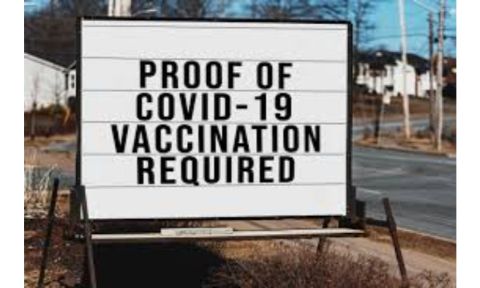 World over, there seems to be an ongoing breakdown of rule of law and hypocrisy surrounding vaccine mandates. Unlike several states in the U.S.A that are setting up laws and deadlines mandating vaccination, a good number of countries elsewhere are enforcing the mandate through denial of services, denial of access to government facilities, threat to loss of jobs especially for the public servants, and discrimination against unvaccinated travellers, through the notion of vaccine passports. Whereas many legal experts generally agree that individuals have the right to privacy and also bodily integrity, most compromise and cheer on the not-so-subtle coercion that is being exercised to get people boxed into getting vaccinated. Uganda is not any different in practice. The situation started with teachers, medical officers, security personnel and other public servants being instructed to take the jab lest they lose their jobs, creating a ripple effect in other places of work, followed by RDCs in certain districts prohibiting unvaccinated people from accessing their offices or conducting businesses within their jurisdictions, and has now blown over to several other sectors including Parliament.

Amidst this mayhem, it is quite unfortunate that the people supposed to call the authorities to order and point them in the right direction of doing things, are instead praising the emperor’s new clothes. In countries like Uganda, there is no legal basis for the enforcement, neither do most employment contracts contain preexisting mandatory (Covid-19) vaccination clauses, let alone examining what would be the legality and constitutionality of any such policy. Moreover, individuals’ “consent” to get vaccinated is being obtained under duress and coercion for fear of losing their livelihoods. This vaccination process is being illegally enforced, with the rights to freedom of choice, privacy and bodily integrity being compromised. Internationally, various exempted categories have been recognized; including medical and religious exemptions. Yet still, there has not been any mass sensitization on these religious and medically exempted categories that may justify one’s refusal to be vaccinated. Instead, religious leaders are being bullied into offering places of worship as vaccination centers while some have assumed a central role in publicly rallying up citizens to get vaccinated through sponsored ads in main stream media.

Interestingly, part of the 500+ Members of Parliament that Uganda has today, include the Workers’ MPs who are voted in by a number of trade unions, but one wonders – why are they silent when the people they are supposed to represent are being ripped of their rights with their jobs as ransom? Why are unions like Uganda National Teachers’ Union (UNATU) silent about what is ongoing? What are the religions that are exempt from vaccination doing about this?

It is quite easy for individuals in less developed countries to be impressed by what is going on in more developed countries, but this is one of those incidents where comparative studies should be treaded upon carefully. Majority is not always right even when it carries the vote of the day. I was unamused by the Attorney General’s remarks in regard to the vaccination process because although his office is meant to steer government in the right direction, for a longtime, its occupiers have taken the stance of cheering on the emperor, praising the magnificence of his invisible clothes and later defending those actions, but the bar is higher for an independent establishment like the Uganda Law Society and its representatives. As legal persons, we ought to ask ourselves, are the parameters being enforced legal? Is the discrimination against those who have opted against vaccination acceptable? Why are the people supposed to steer society in the right direction-the people supposed to guide authorities on the proper path of rule of law celebrating its derogation and abuse?

The emperor is naked, people!