CAN THE ETERNAL, HOLY CHURCH OF GOD BE EFFECTIVELY SUBJECTED TO THE WHIMS OF THE STATE?

On 18th July 2019, Father Simon Lokodo, the Minister for Ethics and Integrity announced that the Religious and Faith Based Organisations (RFBO) Bill was ready and would soon be tabled before Parliament as a solution to the mushrooming “self-styled” religious leaders.

For the last six years, the Government of Uganda through the Ministry of Ethics and Integrity has sought to “regulate” Religious and Faith-Based organisations in Uganda supposedly to weed out criminal elements within these institutions and stipulate the operations of such organisations in a number of ways. A Religious and Faith-Based Organisations Policy was developed to this effect by the Directorate of Ethics and Integrity.

Like is the practice in Uganda, a policy has to be put in place to back up the necessity for a law which therefore means that this RFBO Policy was drafted with intent to lay the foundation for the Religious Societies and Places of Worship Bill (2017) which is due to be tabled before Parliament again. The Bill was hurriedly drafted (pending completion of the Policy) and first tabled before Parliament by Hon. John Baptist Nambeshe; who later withdrew his motion to introduce it as a private member’s Bill in February 2019, owing to enormous backlash and heated concerns amongst his fellow Members of Parliament who considered the Bill ambiguous. 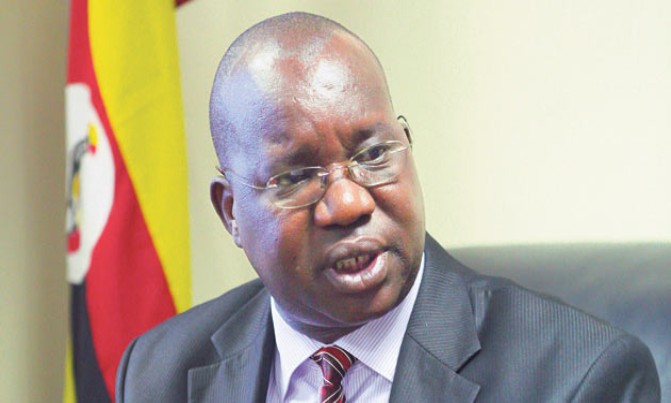 It is worthy to note that this highly controversial policy has in the past only been considered and deliberated upon by a few proponents in highly secretive meetings as opposed to being opened up for wider consultation with other key stakeholders. Moreover, it appears that efforts to obtain updated versions of this policy have been incredibly strenuous.

After a close scrutiny of the Policy, Crownel Co., a leading advocate of the Rule of Law in this nation, has pertinent questions that have arisen over time which we need the concerned authority, precisely the Government of Uganda to address.

The Policy presents a table under clause 2.2 indicating the numerical composition of different selected religious faiths in Uganda over a period of time. What is most apparent about this table is the fact that whereas other religions have registered great declines in their percentage composition or stayed stagnant, the Born Again faith has registered an increment by leaps and bounds (42.3%). However, the same Policy repetitively contains language such as the “emergence/existence of manipulative and exploitative” leaders of followers, which language we believe subtly points to a particular sect – the Born Again sect (mainly due to differences in structure and management from the originally recognised State Religions in past regimes). Wouldn’t one therefore, be justified to conclude that even though this policy is allegedly said to target other faiths and religions, it is in fact glaringly intended to regulate one section of the religious fraternity?

The Bill seeks to address emerging exploitative and manipulative and characters (ref. to clause 4.0). Isn’t it attempting to duplicate already existing and sufficient legislation such as the Penal Code Act?

While clause 4.0 makes reference to loss of lives and promotion of witchcraft as some of the challenges this proposed law seeks to address, where was this Religious Policy when hundreds of children lost their lives to ritual sacrifices by practitioners of the African Traditional Religion (especially between 2005 to 2008 and still ongoing)? In any case, don’t we have sufficient laws that ably provide guidance on how to address and effectively adjudicate over different instances of “loss of lives” ?

Why is the Government of Uganda comfortable with using the existing penal laws to deal with more adverse cases like child sacrifice (case in point – the Kato Kajubi matter) and obtaining money by false pretences, but at the same time pressed to enact a separate law that would deal with persons affiliated to RFBOs? Are these persons exempt from the pre existing laws so as to necessitate a separate form of guidelines/regulation to govern them? Why would the law be duplicated in any case?

Who and what would be the determinant of ways of worship that are exploitative? Would it be the State, directly concerned individuals or bystanders (busy bodies) who ‘feel’ that individuals have gone too far? What happens in the event that the individuals apparently being ‘exploited’ are far from making or conceding to any such allegations?

Is there proof of a study conducted by experts with proper numerical analysis to backup the allegations in clause 4.0 of the Policy that some faiths have fueled increase in domestic violence and broken families?

Why is a secular State so determined to define acceptable ways of worship? And why is it hell bent on forcing individuals of various faiths to belong to certain RFBOs? Does this not contradict Article 7 and 29(1)(c) which stipulate one’s freedom to practice any religion and manifest such practice which includes the right to belong to and participate in the practices of any religious body or organisation in a manner consistent with the Constitution; not to mention Uganda’s obligations under various international instruments like the Universal Declaration of Human Rights and the International Covenant on Civil and Political Rights?

Why is a natural government attempting to regulate matters of the spirit? Aren’t the Bible and the books of other religions sufficient to address this cause? Taking into consideration the basic principles of contract law which provide for privity of contract, how then, can a third party, being the Directorate of Ethics and Integrity through the RFBO Board (clause 8.2) attempt to register, regulate, monitor and oversee the affairs of a contractual relationship between man and God; which relationship is evidently recognised under clause 7.0(a)(iii)?

What guarantee do the proponents of this religious Policy/Bill give to the masses in as far as the relevance and effectiveness of the proposed mandatory theological training are concerned, to help curb moral decadence, exploitative characters, and unethical faith practices?

before one can start a religious institution and/or take on certain roles within any such institution?

If it is indeed non-discriminatory as provided for under clause 7.0, why then is the Policy (and Bill) silent about other existing sects; like practitioners of African Traditional Religion, the Baha’i, Mormons et.al.? Moreover, why does the Policy in clause 2.3 draw comparisons between the contributions of the Born Again Faith to development vis-a-vis other sects (yet whereas other sects were initially allowed to flourish uninterrupted, the Born Agains had to practise underground until a few years ago during the Museveni regime)?

It is on the premise of the above that we are led to believe that the proposed RFBO Policy/Bill is targeted at a particular religious sect, and that while it purports to protect, it is one that will derogate religious freedom to the very core; if passed into law. It is therefore imperative that the proponents of this Bill open up these consultative meetings to include the engagement of more relevant stakeholders in order to take an informed decision in the best interests of this nation.