CAN WORLD SYSTEMS SUCCESSFULLY CURTAIL THE SPREAD OF THE GOSPEL?

From the days of John the Baptist until now, the Kingdom of Heaven suffers violence, and the violent take it by force. For some, this scripture has triggered questions as to what the Kingdom suffering violence means and who the violent that take it by force are. Could it be that the Lord was referring to evil forces (such as Herod and the Pharisees) opposing God’s work on Earth and violent men working against God and His Church? Or was He referring to God’s Kingdom coming in power, forcing its way into the world and eager men forcing their way into it? The Greek rendering for “suffering violence” can also be rightly translated to mean “advancing forcefully”. However, the account of John the Baptist’s imprisonment by Herod Antipas in Matthew 11:2, seems to answer the first question. Wicked unbelieving men resisted the Kingdom of God and as it faced hostility then, so does it now.

Today the Church of Christ is under attack from two main directions. Aside from external forces (the unbelieving world), the Church faces battles sparked off by elements from within, arising from issues pertaining to doctrine, revelation, understanding and influence. The undeclared but quite manifest battle between the incumbents (who represent the old order) and the emerging continues to rage; with the former fighting to protect their interests against emerging principles. 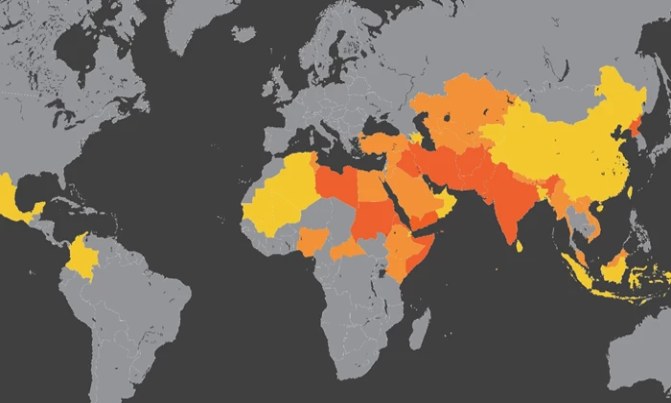 The old systems (institutions and leaders) have for many decades established themselves based on certain INTELLECTUAL and RELIGIOUS principles, which have proven unsuccessful in guaranteeing security and certainty of the future as they used to in the old generations. For instance, in order to predict the future, men had to study patterns of historical data, but now surprising and mysterious changes happen much faster in markets and nations and yet remain disconnected from recent historical data. This has made planning for the future difficult for the old order and uncertainty breeds insecurity. In addressing challenges the world is facing such as crime, cyber threats, Islamic extremism, among other political, social and economic issues, the old system has not functioned well.

Younger generations therefore started searching for new unconventional ways or solutions to predicting the future, in order to effectively plan for it. This has among other things led to the rise of spiritual and instinct based alternatives to accurately predict the future. Many experts, leaders and workers whose entire skills relied on database history, have since been rendered irrelevant; making them insecure and defensive. But with the popular rise of the prophetic, which by its very nature cuts through these issues with a razor kind of accuracy, precision and timeliness, there is a growing awakening among the masses of a higher way of addressing man’s challenges.

The traditional church has largely remained indifferent to its mandate of preaching the gospel in its fullness – leaving humanity in a desperate search for truth and a fresh move of God. Moreover, governments in the World over have also infiltrated the traditional Church; using it as a conduit for their agendas and consequently altering its focus from the very reason the church was established i.e. advancement of God’s Kingdom on Earth. The systems of the governments and the old church institutions have been based on intellectualism (trained by schools) and by religion (trained by priests and bishops). This explains the inclination to regulate the church as seen in Uganda, Kenya, Rwanda, Zambia and South Africa, through inquests into church resources and calls for mandatory education of ministers; where the State (with the assistance of the incumbents) seeks to control the church, apparently in a bid to restrain wrong elements in the church. What the proponents of these measures are blinded to is that the wrong elements they are supposedly trying to curb cannot be dealt with this way. The Lord Jesus Himself in a parable recorded in Matthew 13:24-30 spoke of the enemy sowing tares among the wheat. The tares were left to grow among the wheat and when the harvest time came they were to be uprooted, bundled up and thrown into the fire. This is the fate of the wrong elements who will always be present in the church. Their judgment has already been set and opting to fight them through supposed “regulation” is futile.

Additionally, the church has for a long time conformed to the ways of the world by modifying the Gospel to fit into the modern socio-economic trends. As such the influence of the church was relegated from all aspects of life — giving rise to secularism in the church. For example in 2016, the Church of England consecrated Bishop Nicholas Chamberlain knowing that he was gay and in a long-term same-sex relationship. In 2013, Archbishop Desmond Tutu speaking at the launch of a UN-backed campaign in South Africa to promote gay rights said “I would not worship a God who is homophobic…” Whereas it is the duty of the church to transform people, the church has instead descended to society’s level and is being transformed by the people and secular systems.

No wonder there have been complaints by the traditional church concerning an exodus of many of its members to new churches and fellowships. Suffice it to note that had the traditional church stayed its course and remained unwaveringly devoted and open to the truth and its commission on Earth, members of its congregation would not have sought other alternatives or even fallen prey to the said wrong elements masquerading as ministers of God; in a desperate search for truth, hope and relief. This spiritual dryness of the traditional Church has even pushed many into a state of godlessness and confusion –leading to closure and turning of churches into historical sites as seen in the Netherlands, or supplementing their religion with other dark spiritual practices as is the case in Uganda where a large percentage of traditional church goers also visit shrines (seats of witches). What has watered down the influence of the traditional church even more is its willingness to compromise the truth and its openness to alternate views which openly counter God’s truth that there is only one mediator between man and God, Jesus Christ Himself.

The attempt to control the church is disguised as a means to protect believers from wrong doctrine and exploitation by unscrupulous ministers. It is important to note that life is spiritual and the challenges humanity faces are spiritually rooted and can only truly be addressed spiritually. The human soul is in a constant search for truth (God) and relief from bondage. Failure to point it to the truth will always manifest into desperation, causing men to fall prey to unscrupulous agents. The State however does not have the doctrinal dictates of God and neither is it equipped to judge the private vices of an individual. It therefore cannot be called upon to address matters of a spiritual nature using carnal means such as regulation or closure. Any attempts by States to control the church is over-extension of their authority to promote what they wish at the risk of coming under God’s wrath. Isaiah 10:1 says “Woe to those who issue evil statutes…”

Aside from the old order, the gospel is up against concepts/agendas such as the New Age Movement and the New World Order which at their very core are tailored to obviously counteract God’s truth and subdue humanity, under the guise of development, efficiency, inclusiveness and liberation in various aspects of life. Such godless concepts and movements supposedly created as solutions to life’s challenges, have in essence been designed to turn humanity away from God’s truth and to frustrate any work of the Kingdom. In the advent of ideas such as stem cell development, genetically modified substances and artificial intelligence, we see a clear move to supplant any human dependency on the Sovereign God, the Creator of the Universe. But as the scriptures hold; all things were made through Him and without Him nothing was made that was made, whether things in Heaven and on the Earth, visible or invisible, whether thrones or dominions or principalities or powers. He is before all things and in Him all things consist (John 1:3 and Colossians 1:16, 17). The futility of these attempts therefore to address life’s challenges cannot be over emphasized.

The war against the gospel is real and is escalating by the hour as we draw closer to the end of time. We have seen governments around the World (China, Finland and America in recent years) legislating against the practice of true Christianity, closing churches, jailing pastors and rewriting the scriptures and propagating godless ideas. In North Korea and Afghanistan, the violence against Christians is skyrocketing characterised by arbitrary imprisonment, sexual harassment and forced marriages of Christian women to Muslims. In Syria, the Christians are abducted and physically abused. In some parts of Nigeria, Christians are forced to flee their homesteads seeking safety and security elsewhere from the Islamic extremists targeting them. Accordingly, as at the end of 2018, overall, 1 in 6 African Christians experienced high levels of persecution for their faith while the latest information by religious freedom monitoring entities avers that religious freedom restrictions have also become more expansive, affecting 1 in 9 Christians worldwide. It is estimated that 245 million Christians in 50 countries across the world experienced high levels of persecution compared to 215 million in 2017. [1]And though the restraint of the gospel may seem popular, the Lord has reserved Himself a Remnant (Isaiah 1:9 and Romans 9:27). A people devoted to propagating His will on Earth and who will remain faithful to His original truth despite opposition.

The void created by the conformist and nonchalant attitudes of the traditional church has given birth to a type of believers who are determined to adhere to the written Word of God and are committed to the transformation of every area of life including affairs of the socio-economic realm. This development has unsettled the world systems and their propagators have devised means to put an end to this spiritual renaissance. Regulating the church will not hinder the spread of the gospel and scripture must be fulfilled. According to Revelation 11:15 “…the kingdoms of this world are become the kingdoms of our Lord, and of His Christ; and He shall reign forever and ever”.

As sure as the Lord lives, and as seen from history, no one stands against the Lord and wins. The Bible is awash with various accounts of heathen individuals and nations rising against the Lord and His people and they were wiped out to nothing! It is safe to say, all attempts to extinguish the gospel of the Kingdom of God on Earth will come to nought because no matter what the forces of the darkness get up to, judgment has come to their camp. The believer can confidently rest in God’s triumph over evil, sin and death, for whatever the Kingdom and its subjects may face, Job’s declaration to the Lord remains true: I know that you can do all things, and that no purpose of yours can be thwarted (Job 42:2).

On the flip side and in consideration of the second question above, could the gospel also be attacking something or some people’s interests and literally unsettling a World that has for long been living and subscribing to a lie? Could it be that a shaking of the long-established foundations of the enemy is bringing to light the facade that has held mankind in bondage? Why does the gospel matter to any ordinary UNBELIEVER? Why is it so unsettling?