The last time Uganda had a national religious policy was in 1976 when President Idi Amin Dada ordered for the creation of the Ministry of Religious Affairs to reduce opposition and increase his chances of becoming a lifetime President; not only with political and military control but also with spiritual powers over the nation. Today we see history repeat itself with the current move by the State to forcefully and craftily introduce a similar control over spiritual matters. Several questions (begging close attention) arise concerning this move and one cannot help but wonder why the proposed national religious policy (initiated by the President’s Office) is so important to Museveni and why he has tasked religious leaders like Fr. Simon Lokodo and Rev. Aaron Mwesigye to own and promote it on his behalf, so that he is not seen to have a direct interest in this policy. 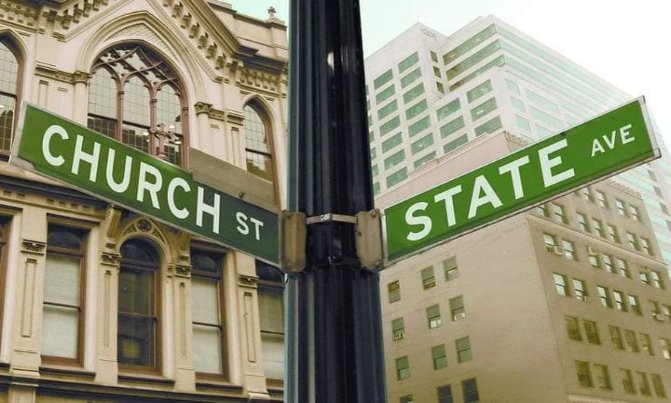 With line ministries in place such as the Ministry of Internal Affairs and the Ministry of Justice and Constitutional Affairs already playing a regulatory role over religious organisations and their leaders, why is the President seeking to introduce a policy that gives him direct control over religious groups? Why is he seeking powers to appoint and terminate religious leaders, to open and close churches or mosques, to censor what is preached in churches and mosques and to cater for the welfare of religious leaders instead of their followers? Why are some religious leaders supporting the President’s proposed policy to undermine their independence and freedom of expression?

Beyond the Born Again faith, which the said policy unequivocally targets, could it also be that the Catholic Church whose allegiance is to the Vatican is a big threat to Museveni’s ambition to become supreme spiritual leader of Uganda copying Iran’s model where Ali Khamenei is supreme (political, spiritual, economic, social) lifetime leader of a nation. Why has the general public been so deceived to believe that the religious policy does not infringe on their freedoms of worship or expression, but will only affect the freedoms of religious leaders? Why can’t political opposition leaders see that the proposed religious policy is a political weapon which posses the biggest indirect threat against their freedoms and political campaign efforts? Why can’t businessmen and women see how their freedom to do business and compete in a free market will be infringed upon using the proposed policy if they are found to worship in the wrong church or mosque? Why are journalists and certain media houses, in accepting payments to promote the restriction of people’s freedom of faith/worship, failing to realise that they are being used to surrender their freedom of expression which informs their freedom to believe and report what they choose to?

Suffice to note that the religious policy which has repeatedly been rejected in previous years as irrelevant and unnecessary due to an already existing legal framework and as unconstitutional due to its attempt to control the freedom of religion and conscience, is now being revived in a bid create a universal national religion. It is intended to unite all religions and faith-based forms of worship under one “Supreme Pope President” comprising the President or his appointees and one national “catechism” based on a communist set of ethics and socialist principles with a pan-africanist flavour. Like any other secular State, religious and faith-based organisations in Uganda have exercised their freedom of association by either registering under the National NGO Act 2016 or under the Companies Act 2012 or the Trustees Incorporation Act. That notwithstanding, the President and the First Lady are now seeking to alter the mandate of the Directorate of Ethics in the President’s Office from its original purpose of coordinating the fight against corruption in government to an unconstitutional National Faith/Religious Unity Regulator– responsible for creating a new ecumenical religion so as to unite Ugandans under one form of worship based on norms and ethics dictated by the President and the First Lady. The reasons fronted to justify this move are supposedly to prevent radical terrorism inspired by people’s freedom of faith and consciousness and to unite Ugandans by removing divisions along faith-based consciousness differences in perspective and opinion. The purpose of freedom of expression including worship is fundamentally to preserve public differences in opinion, perception, interpretation and the free excercise of one’s conscience in choosing what and whom to believe in, and where and how to worship according to one’s faith.

Having succeeded in altering fundamental provisions in the Constitution of the Republic of Uganda which sought to preserve the people’s inherent exercise of power, the President is now seeking to extend his control over what and whom Ugandans should believe in and how to worship; under the guise of uniting the nation by forcing all citizens to religiously support all government’s development policies whether they work or not. This religious policy will set up a grassroots system of monitoring what churches, mosques or other institutions preach, with directives coming from State House (the new Vatican, Mecca or whatever one may choose) for all religions in Uganda and where religious leaders will make mandatory pilgrimages for envelopes of blessings from the President and the First Lady; if they are to maintain their license to operate.

After more than 30 years of rule, the first family’s excuse in explaining why they have amassed enormous wealth while Ugandans have increasingly become poorer, is that Ugandans have not been united under any single ideology like communist nations do, to develop from third world to middle income status; despite our vast natural resources. Although the President has indirectly blamed democracy and freedom of expression as the major factors frustrating his “good intentions” and hard work efforts for all Ugandans to prosper, he ignores the basic fact that after 30 years of opportunity (with militaristic support in politics and economic projects), a thorn-bush tree can only produce fruit (thorns) after its own kind and not mangoes; no matter how much more opportunity it is granted without any opposition.

What is in fact strange and more alarming is how key religious leaders of some religious groups have not only bought into the proposed Policy, but actively promoted it as a tool to purportedly root out fake and corrupt religious leaders; not to mention eliminating any competition from winning over their followers. The very people who should be guiding the conscience of the nation by advising and holding a government accountable are the very people looking to a system which has been found to be incurably corrupt to assist in regulating their beliefs, norms and expressions of worship. Moreover, in previous years, the Catholic and Anglican institutions supported this policy as a tool against the rapidly rising Pentecostal churches which they accused of winning over their parishioners as converts; thereby causing significant reduction in their weekly financial collections. Conversely, after much cultivation and financial assistance from the First Lady, the big and established Pentecostal churches have been wooed to abandon their resistance against religious control and oppression, in exchange for financial support to their religious leaders from the State House.

The freedoms of religion, conscience and expression prescribed in our Constitution are often mistakenly communicated as a preserve and privilege for religious leaders, and yet the actual beneficiaries of these freedoms are the people they preside over. Religious leaders have no political privilege to represent the people’s religious choices, but are best described as religious service providers who evangelise to market their beliefs for the general public to freely choose whether to consume their messages or not.

If Museveni and his cohorts succeed in persuading religious leaders and the citizens of Uganda to support this policy and empower the President’s Office to dictate what is true or false to believe in, what places of worship will preach or not preach, then its is highly possible for the NRM’s political relevance to shift into a spiritual ideology; as they promote the image and personality of the President throughout the country as the supreme lifetime spiritual leader of the nation– just like Idi Amin sought in his last days. Imagine a scenario where Ugandans agree to enthrone the President as their supreme spiritual leader– allowing him to also collect a percentage of the tithes and offerings from all churches, mosques and other religious institutions in Uganda just like the Vatican collects from all parishes in the world. The deception of uniting Ugandans under one ideological religion can only be exposed and thwarted, if Ugandans wake up to the facade of this policy.

The easy-to-believe deception that is likely to trap most well meaning Ugandans is in the belief that: