COULD YOUR SOCIAL MEDIA ACTIVITIES BE CONTRAVENING THE COMPUTER MISUSE ACT, 2011?

The Computer Misuse Act 2011 Uganda was enacted to make provision for the safety and security of electronic transactions and information systems, to prevent unlawful access, abuse or misuse of information systems including computers and to make provision for securing the conduct of electronic transactions in a trust worthy electronic environment and to provide for other related matters. In other words, this is one of the Cyber Laws that was enacted by the Parliament in 2011 to protect online Space. Other Cyber Laws include the Electronic Signatures Act and Electronic Transactions Act of 2011.

Under the interpretation section of the Computer Misuse Act, a computer means an electronic, magnetic, optical, electrochemical or other data processing device or a group of such interconnected or related devices, performing logical, arithmetic or storage functions; and includes any data storage facility or communications facility directly related to or operating in conjunction with such a device or group of such interconnected or related devices. Based on the above definition, a computer may include a mobile phone. As such, any post made using a telephonic device that in any way contravenes the provisions of the Act may constitute an offence and hence punishable under this Act . 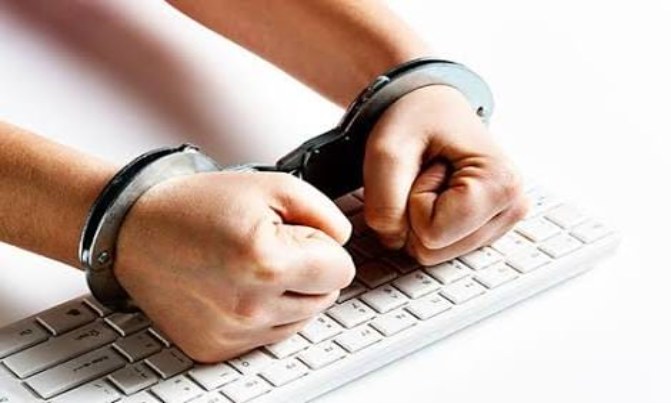 In the recent past, Ugandan Academic and Activist Stella Nyanzi was charged with the offence of Cyber harassment and Offensive Communication contrary to Sections 24 and 25 of the above stated Act following a Facebook post published by herself on 16th September 2018. Similarly, on 12th July 2019 President and Founder of Watchman Ministries was arrested and charged with the Offense of Offensive Communication under Section 25 of the Same Act.

Prior to the enactment of the Computer Misuse Act, victims of such harassment could only find limited protection under the right to Privacy guaranteed under the Constitution of the Republic of Uganda and other provisions within the Penal Code Act Cap 120. Similar laws have been enacted in other countries protect the online spaces, guard against cybercrime like computer fraud, cyber terrorism and enforce data protection .Such Countries include bit not limited to; the United Kingdom (Computer Misuse Act of 1990 as amended in 2015), India (The IT Act of 2000 as amended in 2008), South Africa (Computer Misuse Act), Kenya (Computer Misuse Act and CyberCrimes Act no.5 of 2018 and Tanzania (Cyber Crimes Act of 2015), interalia.

Communication offences are specifically addressed under sections 24, 25and 26 of the Computer Misuse Act. Section 24 deals with cyber harassment which includes but is not limited to making any request, suggestion or proposal which is obscene lewd, lasivious or indecent. A case in point is the recent case involving a one Brian Isiko who repeatedly engaged in unwanted overtures to Hon. Sylvia Rwabogo.

Section 26 covers cyber stalking entailing willful, malicious and repeated use of electronic communication to harass some other person and makes a threat with the intent to place the person in reasonable fear for his/her safety or to amember o that person’s family.

From the foregoing, it is clear that any activity fulfilling the ingredients highlighted in the aforementioned sections contravenes this law.

Drawing from section 25 however, the question that lingers is what constitutes legitimate communication within the meaning of this law? Could a communication in the public interest be considered illegitimate or offensive?