EDUCATION AND COVID-19. WHY UGANDA NEEDS MORE THAN GUIDELINES

The ongoing pandemic will be blamed for a lot of damage in the world for a long time to come. The responses have been ubiquitous and unnecessarily similar for most countries. Ground planes, close borders, shut up churches and schools then lockdown every living thing within four walls.

Ignore all other updates on deaths by malaria, floods, e.t.c. and only give regular tallies on pandemic infections. Keep markets open before you figure out the alternative supply chains for basics such as food and medical care. We have centralized distribution of food rations; an exercise which presupposes that children’s enzymes will suspend the hunger games until one day the task force saunters into your shack with a tin of beans and powder called posho; no water, oil or fuel! 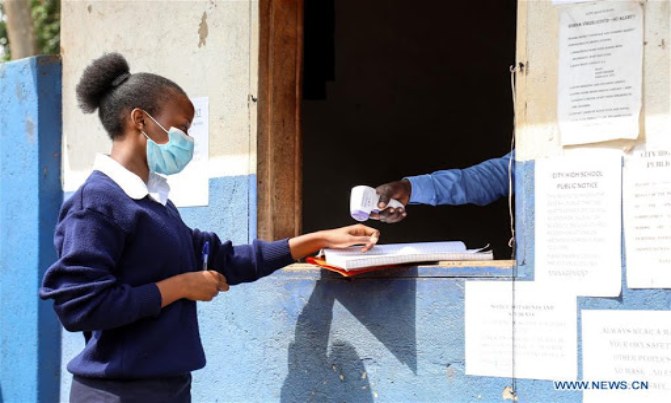 So far, there seems to be unnecessary emphasis, reporting the litany of donations in what has turned out to be a pissing contest rather than a productive gesture. We have ignored discussions on serious interventions from NSSF, URA, and; other finance regulators and enablers.

The media is also focused on petty fights among MPs, sporadic reports on LDU excesses and… wait for it, the battle of all night parties between media houses. It is typically fun and games for those who, save for minor inconveniences, do not need to face the grueling realities most people have to grapple with – immediately. What laws is parliament passing at a time when there is no inclusive framework to get valuable input from the populace? Who knows what the recently passed “sugar law” was about, do you?

Apart from religious gatherings which were an easy target in countries with an already polarised cultural populace, the gains in education and health sectors will be easily mauled by patched up guidelines void of accurate context. If our elites were to be infected first, we would not have enough beds in our hospitals for the Members of Parliament, let alone, judges, ministers and well connected technocrats. Most leaders in the country cannot afford to fall sick in a health centre within miles of their birth places, because such a facility does not exist or where it does; it is not worthy!

Picture the flamboyant Deputy Speaker of Parliament with his digi flanked by taxpayer funded bodyguards riding along empty streets; taking selfies and tweeting away (while his constituents fight with mice for g.nuts in their shacks somewhere in Omoro county). Can you imagine him being admitted in an ICU in his hometown? Woe unto the 40 million wanainchi that were not on waiting lists of foreign hospitals, be slow to judge your local herbalist, duty calls sooner than you reckoned.

Let us dissect the quagmire in the education sector for a brief moment? Globally, over 1. 268 billion learners (approximaltely 73.5 percent of the world’s student population) are currently affected due to school closures in response to the pandemic. Education systems the world over have collapsed and in our case, skipped the coroner’s inquest straight to the vigil. The overnight measures resulted in the closure of 73,200 learning institutions affecting over 15 million learners and more than half a million teachers in Uganda. They say that one should never “waste a crisis” but such optimism will unlikely help our teaching gurus. Unlike KCCA using the infamous lockdown to (for the umpteenth time) rehabilitate the old taxi park, our education sector has been not in best shape for decades.

May be, the ministry can use the lockdown to rebuild rundown classroom blocks, upskill teachers in the use of technology and standardized pedagogy. Short of that, there does not seem to be much hope for the frustrated students, teachers and parents. Even Makerere University that is used to strikes and closures will not expect much progress from the naturally meted administrative detente. The one time our Minister for education appeared with the President to talk about developments in the docket, there were more jaws dropping than we dare admit. Before the pandemic, most institutions which have tried to introduce technology in education have faced considerable resistance. From sheer opposition by technophobic technocrats, to poor infrastructure, poor troubleshooting capacity, the cost of fibre and prohibitive taxes on hardware; most of such initiatives die before their second birthday.

You will be interested to know that even when universities subscribe to online research platforms, seldom do students and faculty fully utilise the services. We do not yet have the culture to embrace the inevitable, and sadly, these cracks in progress are systemic. What wonder that; we appoint Ministers for ICT who before the appointment knew little about twitter and or, are reported to think Zoom (app) is a “grant” from UNDP and OPM?

Granted, there are challenges to remote learning just as there are in brick and mortar classroom situations. There is the usual reluctance to be inconvenienced but also the reality that not every student will have the access to a computer, internet or a steady power supply. Uganda Christian University (UCU) should have been asked to table its plan before the National Council for Higher Education (NCHE), been guided and supported to tweak and modify to help inclusivity; maybe even pilot for a few courses but not throw out the concept with the bath water.

With the billions and trillions flying around, you would be surprised, how little investment is needed to take care of at least candidate classes, “essential service” professional courses even for a year. I would credit our education technocrats with awareness of such possibilities but empathize with their dilemma. Despite Cabinet meetings and government position papers, the Minister is reported to dish out random dates for resumption of school opening while the President and his speech writers bring up the education sector as an inconvenient afterthought. Where one is shown to put effort into showing that something is being done, the other always keeps a veto trump card, up the sleeve.

Instead of coming up with a solid plan, the Permanent Secretary is fighting against the sale of study materials. Selling instead of distribution is not a new phenomena. Similar stories have been reported of prescription drugs, food and other relief items. What the PS is not addressing is the adequacy or even suitability of the study materials for all learners impacted at this point; and if we face difficulty getting quality teachers to deliver the lessons in normal circumstances, do we expect lay parents to bridge that gap during a crisis?

The recent fights over what was excluded in the proposed curriculum will now be forgotten and the plan will slide into the system with little or no resistance. For what it’s (not) worth, why remove the history of constitutionally protected people from the curriculum? Is it to add more Rhinelands and a new Tennessee Valley? Shouldn’t such exercises be inclusive and consultative? Has anybody ever successfully challenged “automatic promotion”, “thematic teaching”, despite the obvious failings if annual reports on learning outcomes are anything to go by? The paradox is that the more biting ramifications of the lockdown are probably happening outside the classroom (isn’t everything!), considered secondary and somewhat collateral. For an ill equipped education system, it is easy to focus interventions on only lesson plans and teaching schemes.

However, the impact goes as far as teachers, families and the socio-economic implications that we are so quick to gloss over. Scores of students are starving in hostels (this happens sometimes even without a pandemic and lockdown), parents have run out of posho and beans since their budget for the teenagers had been delegated to the school bursar. Universities like Ndejje have already made it clear that staff will not get paid since no tuition is being collected; apply a little standard deviation and you should see what is happening to primary school teachers in your run of the mill village school. The interim measures mooted or rather directed by the ministry in charge of education lack in material particular, a basic consideration of the dilemma that ordinary Ugandans face. First off, what is the value add in setting up new “sector committees”, when we already have poorly facilitated education committees at district levels and many overlapping functions in the structures of the Ministry handling; education standards, basic education, private schools, BTVET, curriculum et. al? One would understand the need to hastily start collecting details of head teachers (never mind that licensing and regular inspections are pegged directly on heads of school).

What is more interesting to ask is, why would the Ministry of Education “start collecting contacts of Education Officers” after COVID 19 breaks out? Is this to assume that education regulation at district level is manned by ghosts? If you are “creating material for self study”, do you plan to pay salaries of the teachers who are declared redundant, and would this apply to private schools too? When you “tell schools not to levy extra fees in the future”, is that to say that there will be a package to cover the funding gap, a tax break or food complementaries?

When you ask schools to identify “model teachers to prepare remedial lessons”, is to indict the rest as surplus to requirements and perhaps an admission that the pipeline is leaky after all? When you direct tertiary institutions to “put measures in place to ensure continuity of remedial learning” do you have the likes of Ndejje University in mind, do you apply selective amnesia to the misfortune that the online pedagogy mooted by UCU suffered a stillbirth?

Similar to how the Ministry of Health is in copy-paste mode on World Health Organisation (WHO) guidelines on handling the pandemic, I do not see why the education sector should be slow to adopt UNESCO recommendations of distance learning and open educational applications which schools can use to reach students remotely to limit disruption in learning. The only ingenuity expected would be for our government to support students, teachers and families to mitigate the socio-economic shocks of the disruption. Have we considered the fact that extended interrupted education that disengages students from the learning process has the potential cost of reversing gains in learning results? Don’t we expect that such a cost is higher for students with learning challenges who may not effectively cope with remote learning strategies or cannot access the learning materials? Shouldn’t we have differentiated measures for the different age groups (education levels) and whether these are board or day schools? Should measures for urban schools be similar to those in Kalangala?

If people are jaded from updates on new infections and extensions of the lock down, I doubt they are excited about new dates by when, schools might open. Best to think up plans that actually work beyond nice sounding guidelines and press statements.