IS ARTIFICIAL INTELLIGENCE REALLY A SOLUTION?

A little over a fortnight ago, Google officially launched its first Africa Artificial Intelligence (AI) lab in Ghana and it is only a matter of time for the rest of the Continent to adopt this trend. But as Africa prepares to adopt and incorporate AI, which so far has been championed as the long silver bullet in addressing many of humanity’s issues and boosting civilization, it would be worthwhile to consider its true essence and implications. As you will observe, the AI narrative today is entirely focused on its problem-solving effects on various socio-economic processes; almost wiping out human relevance. 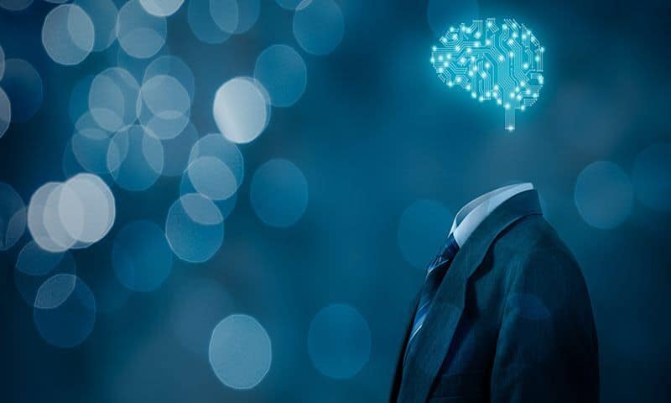 AI is progressing rapidly and the workforce world over (especially mainstream professionals), has been on tenterhooks in recent years trying to decipher what AI is, how it would fit alongside human labour, what implications it would have on their trade and how to effectively prepare for it. Most Law Societies and Bar Associations for instance, have at least had a series of conversations on AI’s potentual effects on the legal proffession — with many in a love-hate anticipation of what this concept could bring. Whereas the world’s renowned tech hubs are blazing the AI trail, many are in fact caught between the choice of sticking with the known and being perceived as archaic, or plunging forward and worrying about their relevance in the future — which is already here.

Those birthing this idea and its offshoots have covertly and wisely crafted it, giving piecemeal information and implementing portions of it; to the extent that not even the implementers of AI know its full makeup and implications. The ideas formed and decisions made in high-level boardrooms are coded and trickled down to the implementer in managed proportions. In most cases, there is little interface (if at all) between the implementers at different levels… so that the one who bears the blueprint is not known to the project designer and the software developer. Which begs the question — What are the originators and proponents of AI hiding?

As the world prepares to usher in AI in its various forms, little is known about its true essence and implications on life. Many are convinced AI will bring efficiency and are super thrilled about the prospects of implementing — apparently to ease development. Admittedly, the proposals regarding its impact on a wide range of spheres including agriculture and trade, medical practice, legal practice, banking, data processing, infrastructure development, among others are way too attractive to ignore. Certainly, any proposal to ease the flow of business while guaranteeing efficiency and reduced pressure on humans while cutting the cost of labour in growing economies is bound to be received with open arms. Nevertheless, government would be remiss not to consider and investigate the potential risks and implications of AI.

Currently, what is in operation is termed as ‘narrow or weak AI’ which is limited to internet searches, facial recognition and the like. However, the long term goal is to create a ‘stronger AI’ which unlike its weaker version would outperform humans at nearly every cognitive task. Is humanity really prepared for this outcome? Have we fully appreciated its significance on our lives?

The greatest and perhaps most dire risk the world faces with the dawning of AI is what we do not know. While the proponents are out preaching the gospel of relief and efficiency, there is more than meets the eye to AI, its nature, methods and goals. As the excitment swells and spreads, what is infact happening is that himanity is gently being led into sophisticated vulnerability and bondage. We see the world already abuzz with ideas such as block chain and genetic engineering or modification, which are being fronted as solutions but which on the flip side pose glaring risks and implications. Obviously, the attendant requirements for eligibility to use and benefit from these concepts for instance are bound to be costly in terms of reaources, personal liberty and privacy. What these ideas have in common is that they are part of a system designed to control and manipulate humans, and the pressure is on from all corners.

Rwanda is now pushing for a cashless economy which essentially will be driven by AI and analytics. Slowly but surely, many will be pushed into compliance and like a bush fire, her neighbours in the EAC region will have to adopt the trend inorder to do business with Rwanda. The chinese government has introduced a social credit system where one must have good social behaviour in order to enjoy services. As such, one’s social behaviour and activity is closely monitored by AI cameras with facial recognition, to the extent that he/she can literally be denied a social service at the instance of any perceived shortcoming. Millions of chinese nationals have been blocked from booking flights and trains as punishement for what has been termed as ‘untrustworthiness’. The plan not only entails blacklisting people for low social credibility but also publicly disclosing the records of enterprises and individuals’s untrustworthiness on a regular basis.

As nations prepare to jump onto the AI bandwagon, one might ask, are they prepared for its potential threats to their sovereignty and liberty? Are citizens all over the globe prepared to forego their liberties for restrictions on frivolous grounds?

There are ongoing discussions about keeping AI beneficial to humans; meaning there is a potential risk of it posing effects in the alternative. Whereas this is a noble attempt, how would we determine where and when to draw the line? Although, most researchers agree that AI is unlikely to exhibit human emotions like love or hate and that there is no reason to expect AI to become intentionally benevolent or malevolent, two risk scenarios have been highlighted where experts think could arise, to writ; where AI is programmed to do something devastating (such as with autonomous weapons) or where it is programmed to do something beneficial but it develops a destructive method for achieving its goals.

In closing, AI like any other idea was conceived by humans. The human hand behind it therefore cannot be ignored and its motives downplayed. Can the world really rely on those behind the AI agenda? Is this AI juice really worth the squeeze? Can hunanity’s welfare be guaranteed with this AI agenda?