On the 19th of February 2019, Justice Lydia Mugambe of the High Court Civil Division of Uganda ordered Brig. Abel Kandiho, Chief of Military Intelligence, Chieftainancy of Military Intelligence, UPDF and the Attorney General to produce Moses Ishimwe Rutare before her in Court on the 26th of February 2019. In a habeas corpus application, the missing person is represented by Counsel Daniel Walyemera on instructions of family and friends.

BUT HOW DID IT ALL BEGIN? 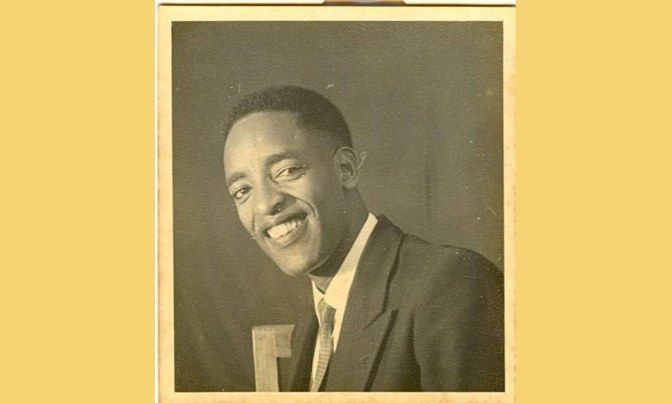 In an interview with Daily Nation’s Executive Editor, Ms. Pamella Sittoni, Rwandan President Paul Kagame broke his silence on tension between his country and Uganda and blamed elements in South Africa for misinforming authorities in Kampala for private gain. The Rwandan Foreign Affairs State Minister, Olivier Nduhungirehe also accused Uganda of criminalizing Rwandans walking and working in Uganda. The Ugandan security agencies have also been accused of arresting and deporting Rwandans accused or suspected of carrying out different acts of espionage with the help of certain individuals in the Uganda Police Force.

It is an open secret that Rwanda and Uganda have had close but turbulent bilateral relations in recent years, and because of the common history their security agencies share, many connections remain between individuals within their respective security services. The Ugandan government on its part has downplayed fears that its relationship with Rwanda has deteriorated and insists that the two countries are still partners and have good relations.

Uganda and Rwanda form two fifth of the East African regional bloc (EAC), however the connection between these two countries is steeped in a lot of history and they are so intertwined and interlocked that it would be nearly impossible to sever these ties without seriously compromising the integrity of the tapestry of this fabric. It is therefore not uncommon to encounter people on both sides of Katuna whose local language proficiency of the Ugandan local languages or Ikinyarwanda is above reproach or who for one reason or another call both of these places home.

Over the last thirty years, more than half a dozen governments since Rwanda’s independence in 1962, have been deeply involved in the Rwandan situation. By 1993, it was estimated that over one million Ugandan residents were of Rwandan origin. When President Yoweri Museveni launched a protracted war against Apollo Milton Obote’s regime on February 6, 1981, two of the 27 fighters who executed the NRA raid at Kabamba that sparked off the war were Rwandan refugees namely; the charismatic and iconic Fred Rwigyema and Paul Kagame. On January 26, 1986 by the time the NRA entered Kampala, about a quarter of its 16,000 combatants were Banyarwanda, while Rwigyema was its deputy commander. The fearless and charismatic Rwigyema was later appointed deputy minister of defence and deputy army commander-in-chief, second only to Museveni in the NRA ranks while Kagame was appointed deputy chief of military intelligence, deputizing Maj. Gen. Mugisha Muntu, among many other distinguished Rwandan combatants who were called on to serve the country in one capacity or another.

The contributions of Rwandans in the war were immediately recognized by the new government and it was declared that all Banyarwanda who had resided in Uganda would be entitled to citizenship after 10 years and the third schedule to the 1995 Constitution was amended to recognize Banyarwanda as part of Uganda’s ethnic tribes.

However, beneath the political correctness and the diplomatic double speak there are simmering political tensions which are threatening to tear apart the generations of good relations and the common history of a people frozen in time and eternally locked together by destiny. It’s a case of the timeless adage that when two elephants fight it is the grassland that suffers and perhaps the biggest illustration of this dynamic is the rhetoric by the Ugandan leadership on the purported threats at Uganda’s borders, coupled with a string of deportation of Rwandan nationals, some of whom, have lived in Uganda all their lives and are by virtue of that fact Ugandan citizens. This raises many questions that cannot go unresolved.

Often times it is the ordinary “everyday” people who are oblivious to the happenings in the corridors of power and are far removed from the goings on in the murky world of cloak and dagger espionage that end up being the pawns in this high stakes game of geopolitical dominance.

The latest victim of the deportations was MTN Uganda’s General Manager, Sales and Distribution, Ms. Annie Bilenge Tabura, who is a Rwandan national. Ms. Tabura’s deportation on espionage charges is however not an isolated case. There have been several reports of abuses in the past year, against Rwandan nationals residing in Uganda. Enter the curious case of one Moses Inshimwe Rutare a Ugandan and Rwandan national of Rwandan decent whose father L.S Rutare served as a General Manager of Hima Cement and Ugil, and served the country in various capacities from the 1940s to the 90s; while his uncle Higiro was once a Member of Parliament and participated in the constitutional review process, not to mention working for the Buganda Kingdom. By all indications this is an ordinary Ugandan family which has made its contribution in the continuous quest of nation building.

Moses was arrested on 22nd December 2018 while he had gone to attend a fellowship meeting at offices located at Plot 4, Luthuli Avenue in Bugolobi, near a Security facility managed by Chieftaincy of Military Intelligence [CMI]. According to judicial documents and interviews with several people knowledgeable about the case, he has never been produced before a court of law to answer any charges, and interestedly since that fateful day has been reportedly detained at the Chieftaincy of Military Intelligence located in Mbuya, Kampala for over 40 days without access to medical care, his Lawyer or his relatives. The continued detention without trial of anyone is not only excessive but unconstitutional.

There has been no apparent effort to provide meaningful accountability on this and other related cases while other reports have been difficult to verify. But owing to such events, there is a growing and palpable sense of fear within the Rwandan community in Uganda as these reports certainly do not inspire confidence or a sense of security but rather an atmosphere of doom, gloom and suspicion. The arrested and detained individuals have had their basic human rights violated, such as the right to a fair trial and lawful detention. There have been harrowing reports of torture and mistreatment at the hands of security operatives in the dingy non-gazetted detention facilities; away from the acceptable standards set out in international human rights instruments. Without a doubt, the arrest and detention of Moses Inshimwe seems to have violated legal provisions on judicial review and detention terms and as such his production in court could send a welcome signal to Rwandan nationals living and working in Uganda, that abuses against them will no longer be tolerated or simply also, that the system is not out to get them. Justice can only be done where due process is observed, moreover within the time frame envisaged by the law and where arrests and trials are conducted in accordance with standards in Ugandan and international laws.

Former Journalist, preacher and rights activist Joseph Kabuleta has weighed in on the saga. Via his official twitter account @JKabuleta, he said,

“What exactly is going on btn #Uganda and #Rwanda? Last I checked, “Banyarwanda” is a tribe in Uganda. Many of these people have families in both countries and some are dual citizens. What’s the criteria for picking people off the street and keeping them for months?”

So, while the family hopes and prays for the safe return of one of their own or at the very least their day in court, it is important to highlight an area which is systematically becoming problematic to the average people but also which could potentially affect the balance of power in the region. Especially in light of the gains and aspirations of the EAC as far as regional integration and the common market protocol (which emphasizes the free movement of goods, services and people across the region) are concerned.