The Government of Uganda has for a while sought to “regulate” Religious Freedoms on the basis of protecting the rights of its citizens against manipulative religious characters. Whereas the Policy seemingly has good intentions and is crafted in innocuous language, its repercussions will be far-reaching to the extent of total curtailment of freedom of worship in Uganda, irrespective of creed or denomination.

The Policy has been largely premised on Article 43 of the 1995 Uganda Constitution which permits for limitations on derogable rights such as the Right to Religious Freedom enshrined under Article 29 of the same Constitution, on the basis of public interest and infringement of the rights of others.

However, it is important to note that whereas limitations on Article 29 are permissible, International Courts such as the African Court on Human and People’s Rights (which Uganda is a state member of) have held in a myriad of cases that limitations should not be so stringent to the root of the right itself. 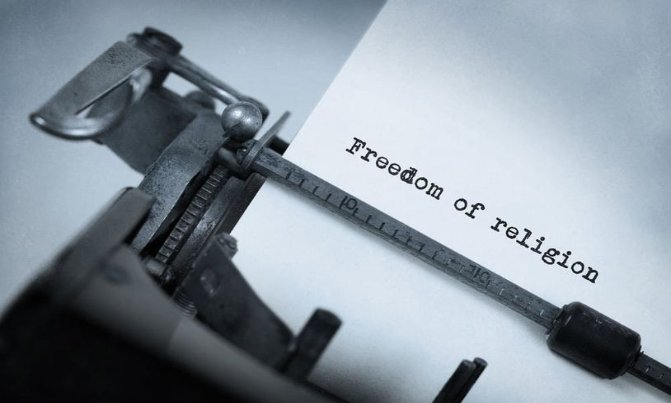 On a close analysis of the Policy and the Bill, we believe that this is what the intended law is about to do. The requirement for religious leaders to obtain permits before they can qualify as leaders, permission before they can set up premises, and for them to belong to Organizations they do not desire to be party to (which goes against freedom of choice too) goes a long way into the direction of limiting the right itself. By seeking to define acceptable ways of worship, the State is dangerously veering into territories it ought to steer clear of.

Whereas under clause 7 (a)(i) the Policy purports to be premised on the guiding principle of Non-discrimination, we believe that it is very discriminatory in nature. A close scrutiny of the Policy and the Bill will indicate that it is more about control than regulation.

Moreover, the Policy has ignored to mention other existing Religions in Uganda like the Mormons, Rastafarians, Bahai and Buddhists. Will they be regulated as well?

Under clause 4, the Draft Policy seemingly highlights the main reasons for the necessity of a regulative law; that is to say, ‘manipulation and exploitation of followers, loss of property, increased rate of domestic violence and family breakdown.’

Firstly, our government has enough penal laws to deal with individuals that fraudulently obtain property. The Penal Code Act defines the offences of obtaining money or property by false pretense. Many individuals have been previously arrested and held accountable on the basis of this law. Could it therefore be a case of ignorance about the existence of such legal parameters that is behind the enactment of a new law?

Secondly, there is no numerical research that has been done by experts (and presented to us) countrywide to conclusively link domestic violence and family breakdown to Religious Freedoms. We shall attribute this to guess work. Lastly on this issue is the loud silence about practitioners of the African Traditional Religion. They do exist in large numbers within the country, moreover, their practices have had more adverse consequences on the community than the sects this Policy seeks to regulate.

Where was this policy when child sacrifice was the order of the day in Uganda? Why is it silent about African Traditional Religion if it were not targeted at a specific religious sect?

Also, the Policy repetitively talks about manipulation and exploitation of followers, which begs the question – who will be the determinant of manipulation and exploitation? Will it be an individual member of the flock, or a “concerned busybody” or the state itself? This, to us, is a sneaky way of the State attempting to put in place parameters of how far worshippers can go in their benevolence, which is in itself a curtail on religious freedom.

Under clause 4(iv), the Policy highlights the “necessity” for all leaders to be trained as a solution to the ongoing highlighted issues. This lays a basis for mandatory theological training. Could the same prerequisite be laid out for witchcraft and sorcery, all of which have followers in Uganda?

Is there a college that trains Traditionalists?

Right now, Traditionalists have requested to join the Inter Religious Council which means they consider their belief system to be a religion. Therefore, if Pastors, Priests, Reverends and Sheiks should require theological education to conduct their religious activities, so should witchdoctors.

Christianity, for instance, was founded by a Man who never had any formal education and He ignored the elite of the time and chose fishermen as His disciples.

Under clause 8.2, an institutional and coordination arrangements for the implementation of the RFBO policy is created and this creates an RFBO committee at district level. This committee will be composed of the District RDC as the Chairman, the Chief Administrative Officer as the Secretary, Community Development Officer, District Internal Security Officer and a Representative of the RFBOs in the District.

The abovementioned committee is constituted of majorly political appointees who may not be conversant with spiritual matters and are therefore ill-equipped to monitor RFBOs.

That creates a dangerous political influence that could like cause a violation of the right to a fair hearing seeing as the adjudicators are not necessarily independent.

Further, the policy in its entirety does not create an appeal mechanism especially if a specific RFBO is disgruntled by a decision made by the institutional bodies that will have decisive powers over the functioning and operations of the religious organisations.

It’s from the above mechanisms that there will be a likelihood of the state influencing the nature of the doctrine that ought to be preached on RFBO platforms given that RFBOs are being categorized as partners with the government to propagate its agenda in regard to education, health care, community development and other social services.

Such political expediency, we aver, will not only compromise and bias the RFBOs but also unwittingly and inevitably create an overstepping and unnecessary control of RFBO affairs by the state.

In conclusion, it is my recommendation that the Ministry of Ethics and Integrity runs a sensitization policy on the existing penal laws which adequately deal with the issues the RFBO Policy and Bill purport to address in order to avoid duplication of laws.

Also, the state should steer clear of limiting Religious Freedoms to the roots, and adhere to the fact that under Article 7 of the 1995 Constitution, it is a secular state providing for all forms of worship.