LEGALITY OF SECTION 25 OF THE COMPUTER MISUSE ACT, 2011

The habitual and indiscriminate invocation of Section 25 of the Computer Misuse Act by the State as a response to open opinion and expression poses a dire threat to enjoyment of the freedom of expression as enshrined in Article 29 of the Constitution of the Republic of Uganda. Section 25 deems communication offensive if it entails the following; (1) willful and repeated use of electronic communication (2) to disturb or attempt to disturb the peace, quiet or right of privacy of any person (3) with no purpose of legitimate communication; whether or not a conversation ensues. One must have therefore fulfilled all the three ingredients to commit this offence. 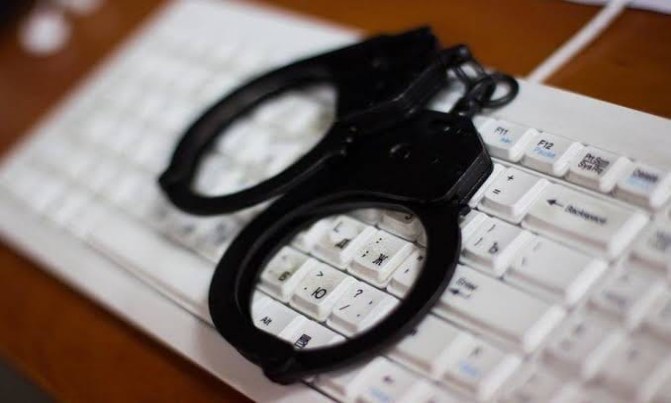 A close analysis of this section and its application as employed by the State is necessary to shed more light on its legality or lack thereof. To begin with, there is no reasonable test of what amounts to disturbance of quiet and peace. Despite the head note in the Act describing the offence as offensive communication, the detail in the main body of the provision is not offensive communication. Rather, it is communicaton that disturbs someone elses peace, quiet or right of privacy. Questions arise as to what it means to disturb the peace, quiet or right of privacy of another person. What is the test? Is it in reference to the subjective intention of the suspected offender to offend the complainant, or is it the subjective experience of being and feeling offended by the person on complaining? Which objective measure should be used? For now, one cannot be certain if any criticism leveled against another is in breach of the section and therefore offensive. This keeps everyone in perpetual censorship of oneself due to the unpredictability and indeterminate nature of the actual actions that constitute this offence.

A lot of discretion is therefore left in the hands of the Police and the Director of Public Prosecutions to make a determination on what is deemed offensive since there is no threshold legally established.

Secondly, it is clear from the contexts within which this section has been invoked, that it is the intention of the State to import Section 24 of the Penal Code Act which in no way matches the ingredients of the former. Additionally, considering the third ingredient, it is implied that where communication shared is for a legitimate purpose it cannot constitute an offence under this section.

Like other states in Africa and elsewhere on the globe, Uganda faces major governance challenges which have yielded public criticism of the regime. Unlike the traditional spaces, social media platforms have offered better space and opportunity for critics to take on the State on subjects deemed uncomfortable for public debate and in a bid to counter this, the State has adopted a rule by law approach to suppress free expression. Moreover, the manner in which the State has in recent times attempted to use the law to stifle the freedom of expression, especially press and media freedoms is in most respects similar as seen in the cases of journalists Charles Onyango Obbo and Andrew Mujuni Mwenda, Robert Shaka, Dr. Stella Nyanzi, and more recently the Watchman Joseph Kabuleta. Although the State has conveniently often argued the general public interest limitation on human rights and freedoms set by Article 43 of the Constitution, the same was settled by the 2004 landmark Supreme Court ruling in Charles Onyango Obbo and Andrew M. Mwenda vs the Attorney General. In this ruling, Justice Joseph Mulenga opined that subject to the limitation under Article 43, a persons expression or statement is not precluded from the constitutional protection simply because it is thought by another to be false, erroneous, controversial or unpleasant. He added that everyone is free to express his or her views and that this protection is most relevant and required when a persons views are opposed or objected to by society or any part thereof as false or wrong.

Article 19 of the International Convention on Civil and Political Rights (ICCPR) to which Uganda is party provides for freedom of opinion and expression; which includes the right to hold opinion without interference and the right to seek, receive and impart information and ideas through any media, regardless of frontiers. Although this Article offers a three-part test to support the limitation of the freedom of expression by States, all three parts must be satisfactorily fulfilled in order to warrant any restrictions i.e. the Court must consider whether it is legal, necessary and in the public interest. Overall, as noted in Rev Christopher Mtikila vs Attorney General of Tanzania 1995 TLR 31 (HC), it is the fundamental rights and not their restrictions, that the Court is enjoined to guard jealously.

As a State party to the ICCPR and with regard to Article 29 of the 1995 Constitution, Uganda has certainly regressed by stipulating provisions such as Section 25 which serve to unreservedly stifle the very freedoms the two instruments seek to protect. This section further flouts other international human rights instruments adopted by Uganda, such as the African Charter on Human and Peoples Rights (Article 9) as well as General Comment No. 34 of the UN Human Rights Committee.

Suffice to note that Section 25 is also problematic in that it among other things attempts to shield one who is answerable to the public by virtue of his/her office (especially the highest political office) from taking responsibility for their actions and/or omissions. From the face of it, this section gives leeway to anyone and more so public officials engaged in abuse of public office, to cry foul when publicly put on the spot, and yet the Public Service Standing Orders (2010 Edition) on the Roles, Obligations and Conduct of a Public Officer suggest that a public officer should be accountable to the public as a matter of duty.

The State has always preferred and opted to descend heavily on its critics; many times blatantly infringing on the rights and freedoms. This begs the question, as to whether an expressed opinion on the conduct of a public figure should necessitate apprehension; whether it be true or not. Wouldnt a rebuttal with clarifications on any falsehoods by public subjects of negative press suffice? Additionally, it is commonplace that each time one has been apprehended under this section, it is in respect to the President; which begs the question as whether this section is exclusively applicable to the person of the President and those closely related to him.

Lastly, in light of the petitions lodged by the Robert Shaka and Andrew Karamagi on 3rd February 2016 and the Uganda Law Society on 10th February 2019 before the Constitutional Court, is it valid to invoke Section 25 pending the courts pronouncement on the same?