“Render therefore to Caesar the things that are Caesar’s and to God the things that are God’s”. Such were the Messiah’s words to the disciples of the Pharisees when asked whether it was lawful to pay taxes to Caesar or not. Beyond taxes, this assertion clearly suggested the need for a mutually exclusive co-existence between the Church and the State. Unquestionably, this distinction was made to avoid corruption of the Church by the things of the State which were and still are normally fueled by an insatiable greed for power and control.

The traditional Church has since time immemorial, grappled with an increasing moral decadence where its leaders were seen to set a moral standard for their followers which they themselves did not live by. In the early church days, moral corruption was rife as many a conscience was seered to enable or perpetuate behaviour that was self gratifying and yet harmful to those that they presided over; exemplified by the Pharisees conniving with the Roman Empire in promotion of the State’s agenda to the detriment of the people, and actively frustrating the work of the early proponents of the Gospel of Jesus Christ. 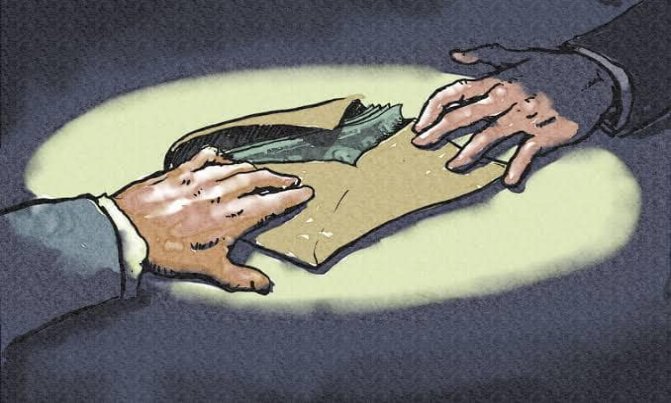 Fortunately or unfortunately, as King Solomon of Israel aptly noted, nothing is new under the Sun. Today, we also see a new form of corruption taking root within houses of faith, especially the traditional Church and which has sadly extended to some leaders in the Pentecostal Church. Case in point is the modern day Pharisees being the aggressive proponents of the Religious Faith Based Organisations Policy (RFBOs policy), who have willingly opted to trade the independence of the Church for personal gain by aiding and abating the State’s move to control RFBOs. Many men and women of God have been seduced with assurance of fame, wealth and power, blinding them to their calling and the need to protect their flock. Although one could argue the current economic times as a compelling cause for such behaviour, it is clear that this is an age old vice simply rearing up its head again.

Ugandans have for years now, witnessed the making of ‘donations’ comprising billions of shillings packaged in brown envelopes or promises of the same by the Head of State or top public officials representing the Fountain of Honour at various functions, to different beneficiaries; and clerics are no exception. Up until now, the public lens on corruption has been focused on abuse of office and misuse of resources in State run institutions; but never would one have imagined the clergy would soon take the limelight.

In examining the above actions/gestures, it is necessary that we be guided by the Law in deciphering what constitutes corruption in law. Corruption can simply be defined as a form of dishonest or unethical conduct by a person entrusted with a position of authority, often to acquire personal gain. For purposes of this article, we will also draw from the definition of corruption under Section 2 (c) and (d) of the Anti-Corruption Act, 2009 of Uganda which defines it as:

e)the offering, giving, solicitation or acceptance directly or indirectly, or promising of undue advantage to or by any person who asserts or confirms that he or she is able to exert any influence over the decision making of any person performing functions in the public or private sector in consideration of the undue advantage, whether the undue advantage is for himself or herself or any other person, as well as the request, receipt or the acceptance of the offer or the promise of the advantage, in consideration of that influence whether or not the supposed influence leads to the intended result.

In light and context of the above assertions, it is crucial that we analyse these definitions vis a vis the actions of the State and the said clergy in order to determine whether this corruption is perceived or actual.

Recent reports have revealed that some members of the clergy in this nation are closely linked to the State; often making trips to State House to obtain favours in exchange for the independence of the Houses of Faith that they represent. What is even more glaring is that these so called donations are not made equitably to all Houses of Faith across the board but a few who have made their way into the good books of the State. These clerics have received funds and other material possessions handed to them by the State for personal use and in turn actively engaged in facilitating personal political agendas such as the unpopular Religious and Faith-Based Organisations (RFBOs) Policy– which allegedly was initiated to streamline the operations of RFBOs.

Speaking about his habitual donations, gifts or handouts, the President has previously mentioned that he was assisting the recipients to cope with the challenges of life and yet the majority of those he has given to are not necessarily needy (case in point: Members of Parliament who were each facilitated with at least 5 million shillings to influence their vote in favour of the Deputy Speaker in 2016). Furthermore, the President’s explanations offer no details as to the source of these funds but looking at the annual budget allocations to the State House outreach and other programmes it is clear that these handouts can only be drawn from taxpayers money intended for public use and not his personal funds. Looking at his donations or gifts to clerics, those who have received them are in leadership positions with direct influence on other clerics and their flock in as far as advocating for government policies (such as the RFBOs Policy)– with the intention of politically gaining from them. This in no uncertain terms is bribery for political advantage using public funds. Moreover, it cannot be guaranteed that the flock that these clerics preside over and who hold these clerics in great religious esteem may not be politically swayed on seeing such donations to their religious leaders. How then does this not entail exercise of undue advantage or influence over the decision making by these clergy?

It is imperative to note that the Head of State is the Chief Executive and by extension, the keeper of the resources of the State. His or her role as far as these resources are concerned is to hold them in trust for the people. This in no way grants him or her the right to use these resources as he or she pleases, unless authorised by Parliament which speaks on behalf of the people and has the mandate to authorise use of public resources and ensure accountability for the same. Seeing the President make such donations as he habitually does gets the ordinary Ugandan questioning his motives and the independence of the Parliament.

What is even more startling is that for so long, this form of corruption has been condoned by the public and ironically by leaders such as the Minister of Ethics and Integrity (an excommunicated Catholic Priest) who with unmatched gusto has continually and conveniently focused on or occupied himself with all else but the primary mandate for which his Ministry was established. Never has this Minister and the assigned head of the Directorate of Ethics and Integrity (DEI) who also doubles as a cleric from the Anglican Church found cause to tackle the pandemic corruption that plagues the very Government they serve; not to mention the involvement of their fellow clerics in the same. In fact, it would not be far fetched to imagine or conclude that they too could be beneficiaries of this corruption scheme. One wonders what has prohibited this Minister from questioning or advising against these donations? Is it unfair to state that this minister has aided and abated corruption?

Again, one could conveniently argue that these have been made in the interest of the people who ordinarily take on the welfare of their clerics. Which begs the questions: Under what law does the State facilitate clerics? When these clerics make their pilgrimages to the State House to receive these envelopes, in what capacity do they receive them and on whose behalf? Under what legal framework does the Head of State assume the authority to use public funds in his/her custody to facilitate the agenda of the State or his/her personal political motives (in cases where there is a hardly any demarcation between the State, the ruling party and the first family as it is in Uganda). What is the basis for this giving and the determination of what or who to give? Is there any accountability for the use of these funds as required by law? How is this facilitation to do one’s personal bidding in the public interest?

As we ponder the above, in addition to a constitutional amendment expressly prohibiting the President or any other public official from making any donations from public resources without express authorisation by Parliament,we recommend that the Minister of Ethics and Integrity – Fr. Simon Lokodo, whose primary role is to spearhead the elimination of corruption and abuse of power in the management of public affairs inter alia, through a strengthened system of integrity and ethical behaviour, exerts impartial efforts to sufficiently address the glaring irregularities in this grey area that has for long been conveniently ignored by his good office before seeking to extend his hand into the management and functionalities of RFBO’s.

Lastly, we urge the Inspector General of Government and better still, the Head of the Anti Corruption Unit at State House -Lt. Col. Edith Nakalema to investigate the DEI for aiding and abating Corruption. A wise man once said “First remove the beam out of your own eye, and then you can see clearly to remove the speck out of your brother’s eye”.