PARLIAMENT OF UGANDA LOBBIES FOR THE RESUMPTION OF RELIGIOUS GATHERINGS

Yesterday afternoon, the Parliament of Uganda expressed its concern over the undue delay in the re-opening of churches and other places of worship. The appeal by Parliament comes after several unanswered calls from numerous religious leaders and faithfuls that have continually demanded that church gatherings be reinstated ever since the Government started the phased easing of the lockdown. 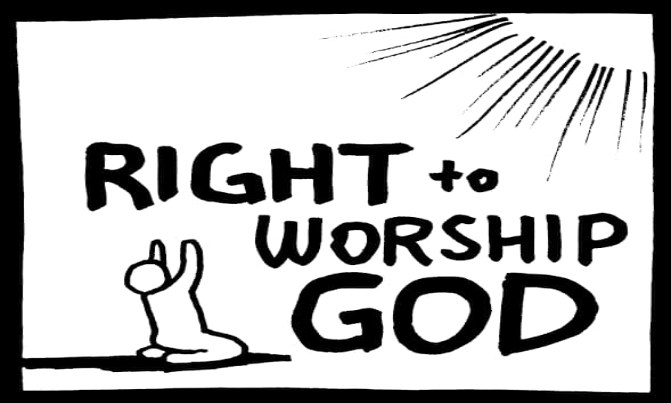 This matter of National Importance was raised in the 14th Sitting of the 1st Meeting of the 5th Session of the 10th Parliament by Kumi Woman MP Monica Amoding, who argued that churches play a pivotal and fundamental role in nurturing the society and people in terms of spiritual nourishment.Honorable Amoding added that churches and other religious bodies should be opened especially during this time when the country is preparing for the 2021 elections. She further suggested that the Government can avail churches with guidelines of conducting prayers which they can follow.

Mitooma Woman MP Jovah Kamateeka also added that other countries have allowed churches to open but with directives to observe standard operating procedures (SOPs) and that it was time for Uganda to consider opening places of worship as well.

The Speaker of Parliament Rt. Hon. Rebecca Kadaga in reiteration, further emphasized that churches could operate with SOPs and that her office continues to receive countless Petitions from religious leaders on the matter and that it was time for the Government to seriously consider opening up churches and other places of worship.

Consequently, the Speaker invited the First Deputy Prime Minister Moses Ali to comment on the above requests on behalf of Government. Hon. Ali in response stated that the Government regrets the situation caused by the Covid-19 pandemic and clarified that the delay was as a result of the need by Government to exercise carefulness in saving lives. He urged the Parliamentarians and general public to exercise more patience as the Government devises means of taming the spread of the Coronavirus. However, his call was interjected by the Speaker of Parliament directing him to ensure that this matter is given thoughtful attention and immediately discussed in Cabinet wherefrom he is expected to report back to Parliament on the 15th July 2020 with comprehensive feedback.

On behalf of the several Ugandans that have for long expressed concern over the unjustified indefinite closure of places of worship, we applaud the Parliament for raising and bringing to the attention of Government such a pertinent issue that has primarily affected the livelihood and fundamental wellbeing of over 99% of the Ugandan Citizenry over the last four months.

Finally, we urge the Parliament and Government as a whole to lobby for and effect with utmost urgency, the unconditional resumption of church gatherings and other places of worship given the inalienable nature of the Freedom of Worship as provided for in the Constitution of the Republic of Uganda.