STATEMENT ON THE INTERROGATION OF PROPHET ELVIS A. MBONYE REGARDING ALLEGED UTTERANCES AGAINST VACCINATION

On 22nd October 2019, the New Vision ran a headline indicating that Prophet Elvis Mbonye faced arrest for allegedly decampaigning vaccination. The Prophet is alleged to have criticised the recent vaccination exercise undertaken by government in schools against Measles, Mumps and Rubella viruses through posts on social media. On 28th October 2019, the Prophet who was at the time of the headline and summons, out of the country met with officials at the Criminal Intelligence and Investigations Directorate (CIID) at Kibuli in Kampala and was subsequently charged under Section 23 (2) of the Immunisation Act and issued with police bond which by implication is intended to constrain his personal liberty. 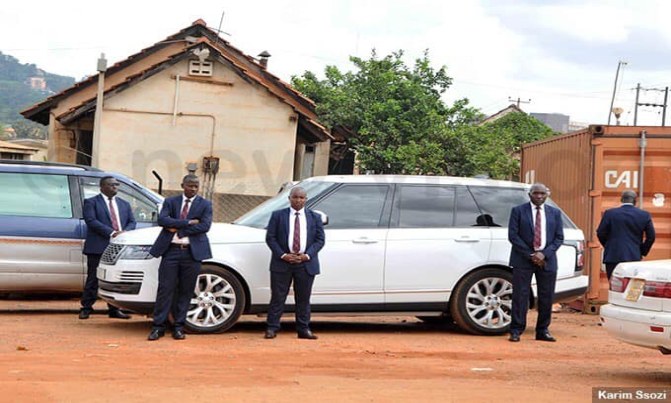 The Prophet is a public figure with a large following both nationally and internationally. The official communication pages of his Ministries are known and publicly accessible. No notice was or has ever been issued with respect to vaccination and/or any related topic, and neither is there any evidence that he made the said utterances on any of his social media platforms or during his weekly ministrations. What is profoundly vexing is that the Prophet is knowingly being “mistaken” for the actual holder of the account from which the said posts were generated and is being processed for a crime he did not commit. Despite repeated messages by numerous users on the very social media platform he is alleged to have used (even from the actual holder of the account he is said to have used), clarifying and confirming that the Prophet did not make these utterances, the CIID has turned a deaf ear and continued to inconvenience him by requiring him to report for bond hearings – the first of which was to be held on 30th October 2019. As it is, the very officials who set this appointment were suspiciously absent and the hearing was rescheduled to 5th November 2019. This conduct is a clear violation of his right enshrined under Article 23 of the Constitution of the Republic of Uganda and indeed other regional and international instruments to which Uganda is party, to wit: the African Charter for Human and People’s Rights (Article 6) and the International Covenant of Civil and Political Rights (Article 9 (1)). In any case, the State is well equipped to trace the actual user of the account in question; should it really determine to. Instead, they have elected to penalise one who is not responsible for the offence in question.

Questions also arise concerning the legal standard of the investigation process and whether the same is being followed or whether the law as is, is in consonance with the universally accepted standard for investigations. Is the manner in which the CIID is conducting itself as highlighted above, lawful? Are the suspect’s rights being observed to the letter?

Given the continued erosion of the ethics and integrity of the Uganda Police Force, this interrogation comes as no surprise for a Police Force that has in the recent past reportedly arrested innocent persons and pressed false charges against them, following failed prolonged investigations of crime. The fact that the Police has previously and repeatedly engaged in similar falsehoods, unhampered, simply suggests that they can and will do it again.

As if this is not enough, some Media Houses have from the onset of these baseless accusations, shamelessly postured themselves in their usual manner, to peddle lies in epic proportions with the sole intention of tarnishing the Prophet’s public image. This is testament to the increasing and rapid decline of the Rule of Law in this country, where even the media which should be an ardent advocate of the rule of law, has fallen so short of this standard, enough to be used by unscrupulous individuals hiding behind the State.

In the interest of the Rule of Law, we decry this conduct by the press, police and the powers that be, whose not so invisible hand is evident in this fiasco. In a decent society, a public apology from the CIID and all involved in this fiasco is in order; not to mention acknowledgement of the fact that the Prophet has been mistakenly and wrongfully accused as well as acceptance of responsibility for this mistaken identity and the inconveniences caused.

We admonish all concerned against such lawlessness and remind the above actors that the Rule of Law must prevail at all times, regardless of the circumstances, the powers that be and their vendettas.