THE LOOMING POLITICAL STANDSTILL BETWEEN UGANDA AND RWANDA IS A TICKING BOMB FOR THE EAST AFRICAN COMMUNITY (EAC) AND THE GREAT LAKES REGION AS A WHOLE.

On Wednesday, 27th February 2019, Rwandan Authorities blocked trucks from accessing the country via the Katuna border to pave way for contruction works on the road. Rwanda’s decision to stop cargo trucks and people from using the Katuna-Gatuna border post will escalate many troubles between the two countries.

The period after the genocide marked the high water mark of Uganda-Rwanda relations. The two governments collaborated to beat back guerilla groups menancing their regimes from what was then eastern zaire and also later to effect regime change in the Democratic Republic of Congo (DRC), the two countries had backed rebels to oust former DRC President Laurent Kabila but divisions between the two governments began to appear.

It would seem that not only the war but the strife was over despite a steady stream of denials from Kigali and Kampala. Ties appear to be further and rapidly deteriorating even though both sides continue to insist, reports of a rift are overblown. The latest ebb in this historically violate relationship between these two neighbours stems from the Ugandan government’s pushback on what it perceives as Rwandans meddling in its domestic affairs. The diplomatic relations between two countries have most recently been soiled by counter accusations of espionage and engaging in activities to destabilise each other. Uganda recently deported several top telecommunications officials including a Rwandan national, accusing them of compromising its national security. 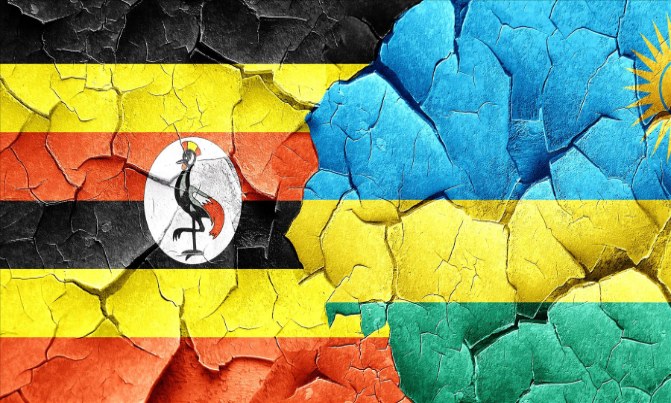 Rwanda’s President Paul Kagame mid-February confirmed in an interview with The East African newspaper that the two countries have had tensions for two years. The festering tensions have ultimately erupted into the closure of the Rwanda-Uganda border. It was reported severally that tensions were high at the Uganda-Rwanda border on Thursday, 28th February 2019, after dozens of cargo trucks from Uganda were blocked by the Rwanda Revenue Authority (RRA) from entering Rwanda through the Katuna-Gatuna border post.

The Government of Uganda has summoned Rwandan envoy, Maj. Gen. Frank Mugambage, to explain the diplomatic standoff at the Uganda-Rwanda border and also directed Uganda’s High Commissioner to Rwanda Ms. Olive Woneka to get an explanation from Rwanda’s Ministry of Foreign Affairs in Kigali. On the home front, Rwandans are strongly advised NOT to travel to Uganda due to ongoing arrests, harrassment, torture, incarceration without consular access, deportation among other things, for their own security.

While war between Rwanda and Uganda is almost unimaginable, proxy battle have sprung from their private disagreements before. Military sources, have revealed that there are fears within Uganda’s military establishment that Rwandan undercover agents and Uganda’s dissidents had been recruited and were undergoing training in Rwanda and DRC to overthrow the government in Kampala.

The diplomatic spat between Rwanda and Uganda is mostly being played out on social media as it is used to facilitate the propaganda on both sides of the divide. In the other week high level officials of the two governments traded accusations over the genesis of the conflict. Uganda’s government spokesperson Ofwono Opondo and Rwanda’s state minister for foreign affairs, Olive Nduhungirehe on Friday, 1st March 2019 were involved in a public display of animosity, as the latter accused Uganda of ‘detaining Rwandan nationals incommunicado.’

Infact, there is no real problem between the people of Uganda and Rwanda, however, the genesis of the growing conflict can be traced in personality clashes between military officials who are familiar with each other and cut their teeth in the former Uganda rebel group the NRA and also from strategic disagreements between the two governments-primarily on resource extraction in the plunder of the volatile DRC.

President Kagame, who suprisingly is the current Chairman of the EAC after taking over from President Museveni, said what is happening between the two countries are matters that can be resolved but decried the many pronouncements without actions that must be resolved. The alternative is not something that should even be thought about, or entertained, the closure of the border is perhaps Kigali’s way of calling their Ugandan counterparts to action. This may appear drastic for someone in his position because ideally the chairman is the defacto mediator in any conflicts between or amongst member states, however he also happens to be a principal in the situation, a situation that we imagine was not envisaged by the EAC rules of procedure.

Although the situation doesn’t appear to be heading toward outright conflict in East Africa, this growing animosity could stall attempts to increase cooperation and intergration in the region envisaged by the East African Customs Union and various other protocols signed by the two neighbours which allow for the free movement of people, goods and services across the region. If the situation is allowed to escalate any further, it could worsen already tense situations in neighbouring countries and widen the already widening fault lines in this fragile union.

More worrying is if the other hotspots around East Africa become fronts in a renewed cold war between Rwanda and Uganda, for instance the political situation in Burundi is increasingly tenuous, and violence is flaring once again in eastern congo which is a challenge for the new leadership. The major regional players in Kigali and Kampala already have differing outlooks on how to address both situations. The growing animus between these erstwhile allies could widen these disagreements, with devastating consequences for the region.