THE MICROCHIP AND DNA STORAGE : A BREAKTHROUGH OR DAWNING OF DOOM?

Current news of the imminent plans by the Governments of Uganda and Rwanda to adopt the use of microchip technology and creation of a national DNA database respectively — supposedly to enhance disease and crime prevention should draw the deepest concern among citizens of these and other countries on the African Continent. 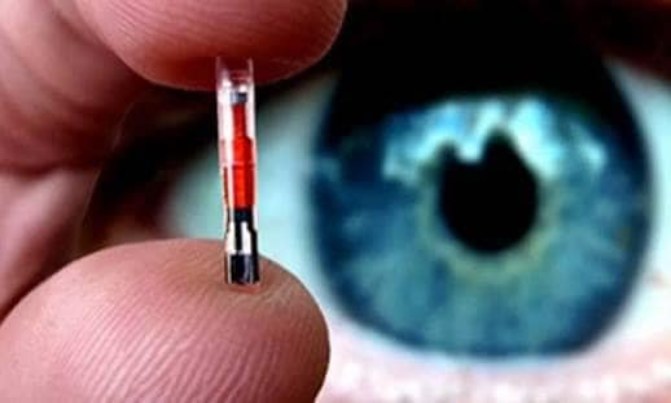 What seemed like a far off catastrophe to come, is already here and fast sweeping through the corridors of power and decision making at the expense of the unsuspecting public. What is seemingly a move toward advancement in technology and supposed development is in fact one of the most costly decisions humanity will ever make. On the face of it, many will ignorantly receive it as a solution to many human problems; mostly of a genetic nature which modern medicine has failed to address. I mean who would turn down a chance at disease-free living and longevity, or a solution to genetically acquired or transferred illnesses such as sickle cell anemia or diabetes? Who would not appreciate the use of DNA records to pin a criminal to his or her crime, moreover in the shortest time possible as opposed to the long and tedious processes of investigation which sometimes yield inaccurate results? Well, it’s time to wake up and smell the coffee!!!!

On 21 March 2019, the Uganda Communications Commission Executive Director – Godfrey Mutabazi was quoted by the Daily Monitor stating in his remarks at the 1st Annual Conference on Higher Education that Government would in the near future introduce mirochip technology. He noted that Government cannot miss the opportunity to have a chip in humans that will lead to “better management and better life”; adding that there will be policies in the near future that will require implantation of the chip in the human body at birth– not only to prevent some diseases such as ebola and polio but also to correct some of the DNA defectives so that people can live longer. Another official, Dr. Johnblack Kabukye a medical informatics at the Uganda Cancer Institute was also quoted as saying research is already underway to customise medicine, a development he believes will enable effective treatment of patients and reduction on drug wastage. To the casual observer, this sounds like an upgrade in modern medicine but in essence it is a sinister plot to enslave the masses.

What is infact unfolding is portions of an up-until-now, largely unknown decades-old agenda intended to give immeasurable power to a few wicked men whose intention is to subject humanity to untold vulnerability, bondage and suffering. The stage is being set for a One World Order and a time is coming when access to wide ranging essential services will be barred to those not bearing the chip or whose DNA samples have not been obtained. People will not be able to get medical attention, carry out banking transactions, exchange data, find employment, go through security checkpoints or even buy or sell anything without bearing this chip. These sneaky proposals just like the proposal to adopt genetic engineering or modification of organisms (including foods), supposedly to address the increasing demand for food on the globe and avert hunger or famine; are part of a grand scheme to give absolute control to a few men over humanity. Their programmes are usually clothed in seemingly humane intentions such as disease control, crime aversion and hunger eradication; which will no doubt be embraced by many a government to bring services and relief to their people. With establishments like ours which are set on a perpetual course to outdo their predecessors, you can bet the microchip and the DNA database just like genetic engineering or modification of organisms will be considered and possibly endorsed.

The above notwithstanding, many ethical and legal issues are bound to arise owing to these programmes. For starters, concerning the national DNA database, there is a fear for the potential misuse of this data which can reveal a broad range of intimate medical and genetic details. The need to obtain one’s consent to taking and use of samples cannot be overlooked. Among other possibilities, the right to privacy is likely to be greatly undermined and confidentiality can no longer be invoked when dealing with one’s medical or genetic data; seeing as the same can be easily pulled up whether one is merely suspected to have committed a crime or has actually committed it. It is also possible that in a bid to close a long standing investigation, one’s DNA can be unscrupulously used by ill intentioned law enforcement officers as has been the case in some criminal investigations by the Uganda Police. Moreover, the same could be unfairly used against certain groups of people as seen in China, whose government has allegely detained over a million members of the muslim minority Uighur community. Overall, there are inherent risks of leaking these DNA records into the wrong hands and for the wrong reasons.

Relating to microchip implantation, informed consent is a minimum requirement for any medical procedure. The envisioned policies as noted by Mutabazi will not be optional as there will be a “requirement” for implantation with this microchip at birth. This procedure which is not only difficult to reverse (if at all), could go wrong and the assumption that parents will readily exercise this consent (if at all) for their babies is a long stretch as most parents cannot closely monitor medical attendants dealing with their newborns. Forcefully implanting this chip in babies without their consent is in my opinion, a deep violation of their right to choose which should be termed a crime against humanity and listed as a gross human rights violation.

With this chip, one’s activities and personal data will be closely monitored at all times. One can no longer enjoy his or her privacy as this chip will constantly relay information to corporate servers attached to one’s smart devices and appliances. Unlike other monitoring devises, the chip cannot be put off or disabled.

No doubt, governments and institutions will raise the argument that other States have already rolled out these initiatives and that their actions are largely in the best interests of their people. However, the tendency to copy or embrace innovations and campaigns by peers, without reservation can be costly as we have seen in countries like Kenya; where the mass immunisation of women and girls in 2014 led to massive and severe cases of sterility, miscarriages and still births.

Of course, time will tell of the perversion of these initiatives, and for many, it will be too late to turn back.

Let him with an ear, hear and take heed!