THE NEXUS AND CENTRALITY OF FREEDOM OF CONSCIENCE, BELIEF AND RELIGION TO THE ENJOYMENT OF OTHER RIGHTS: A LITMUS TEST OF THE RFO POLICY

Mankind has an inherently built-in conscience which forms the foundation or spark for one’s belief and therefore practice of religion or any other way of life based on this belief. Freedom of Conscience (also known as the freedom of thought or ideas or religious freedom) pertains to one’s right to hold a thought or consider a viewpoint, or the right to follow one’s own beliefs in matters of religion and morality or even the right not to worship. It is the individual’s most sacred right which cannot be externally prescribed, determined or managed. Although culture makes an attempt at shaping it, it cannot originate one’s conscience or put an end to it. Any attempt therefore to interfere with one’s thought and belief and the free expression of the same; in a bid to restrict, regulate and hence control is a gross violation of this sacred right. 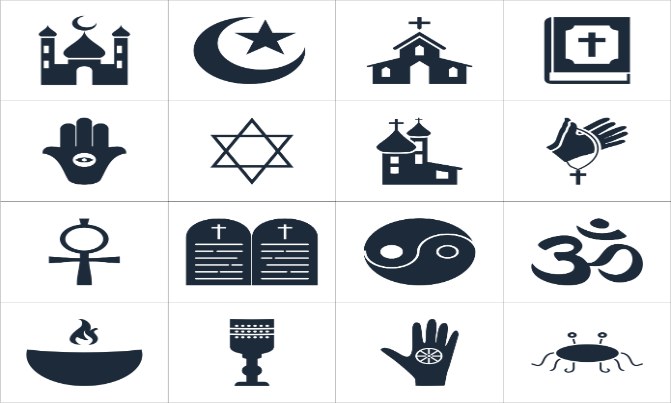 In recent years, governments and individuals, have encroached on the freedom of conscience, belief or religion through formulation of policies and laws which violate core beliefs on important aspects of life. The intention is to stifle the practice of these beliefs; thereby forcing people to conform to a State prescribed way of life. The Office of the President of the Republic of Uganda has decided to introduce the infamous Religious and Faith Organisations (RFOs) Policy to regulate the operations of RFOs and by extension, the free expression of conscience and belief by individuals who subscribe to these RFOs. However much the State seeks to justify its position with this policy, the motives behind it are nothing short of devious and only work towards fundamental infringement of this sacred expression. Any move to regulate any area pertaining to rights and freedoms, especially matters of faith will inevitably translate into control and oppression. A State which encroaches on conscience will not hesitate to encroach on other freedoms.

Although Uganda has obligations as prescribed by customary international law on human rights and municipal law (the 1995 Constitution) on observance and protection of the Freedom of Conscience, the State has decided to go rogue with this ill advised Policy. What is even more telling of the State’s motives is that this policy has only been considered by a few proponents in secret meetings and to date, its actual contents have not been subjected to public discussion with other key stakeholders. An attempt to have a meeting on 19th October 2019 with those outside this circle of impunity was suspiciously aborted by the conveners of this meeting as they could not handle a direct interface with their opponents on this policy. As the State continues with its dubious agenda, it is important for the people in this country to note that this policy has the potential to grossly infringe on their freedom of conscience with obvious ramifications on the enjoyment of other rights and freedoms as illustrated herein below.

Freedom of Conscience is an antecedent to and therefore closely linked to the realisation of other civil liberties such as free speech, the freedom to assemble and associate, the right to access information, the right to self determination and even economic freedom; not only for individuals but institutions as these emanate from free thought which informs decision making.

The objective of the RFO policy to impose a State prescribed and accepted way of thought or belief as well as how RFOs shall operate or conduct their business by regulating this space is not only unconstitutional but poses a danger to enjoyment of other liberties. The Policy for instance imposes a requirement for one to undertake formal and mandatory theological training, to obtain a certificate of theology and approval from the authorities and members of the public in his/her community before he/she can start a religious institution or take on certain leadership roles and responsibilities in this institution. Such conduct on the part of the State, is a retraction on the obligation to observe this freedom, and one wonders how this proposal would ensure enjoyment of the individual’s freedom of thought and belief without interference if one must undergo mandatory certification or public approval (moreover from authorities who may not even subscribe to the same beliefs), before he or she can practice his or her beliefs. Bearing in mind that one’s conscience and belief cannot be determined by another, will this mandatory theological training, certification or public vetting before licensing consider the fact that conscience and spirituality are aspects of personal experience and expression? How does the policy intend to safeguard against the possibilty of imposing dogma on one’s spiritual leanings during such training, licensing and public approval? Why must one seek approval to express his or her beliefs in the first place? What moral authority do those this approval is to be sought from have to decide what one thinks or believes and whether he/she can express it?

The policy also proposes registration of RFOs – employing standards or criteria for eligibility, which shall be determined or imposed by the State. Should an RFO not meet these requirements owing to differences in belief among other things, its members risk not being allowed to freely assemble, associate or even speak about or communicate with those with similar beliefs (spiritual, religious or otherwise). Would the State refrain from using its other unconstitutional mechanisms such as the Public Order Management Act in the event that it does not have its way with registration of RFOs? Additionally, the policy propagates the idea of ensuring that different faiths for instance the Born Again community assemble under an umbrella framework for easy monitoring and management by the State. As it is, not all Born Again Christians agree on matters of interpretation of doctrine or scripture, spiritual revelation and more importantly, inclusion of the State in spiritual affairs. That people will not be allowed to hold and express alternative views than those held by the State and others, based on their conscience definitely affects their right or freedom to express their beliefs and faith.

There is also a foreseeable risk of curtailment of economic freedom through the proposal to regulate and manage finances and other resources of RFOs– which we know the State can work to frustrate if the objectives of these RFOs do not agree with those of those running the State and those acting on their behalf. It is common knowledge that one of the primary motives behind the enactment of the Anti Money Laundering Act by the current establishment was to have an instrument which they could use to stifle the operations of their opponents by alleging money laundering or threats to national security. This weapon has been used against their political opponents and can be used again on those with dissenting views on whether the State should in any way interface with RFOs.

The other avenue this policy could be used to frustrate economic rights is through rejection of RFOs especially those known to hold dissenting views to those of the government at the point of registration. The Policy under Clause 8.2 makes mention of a Board that shall be established and that the Minister of Ethics and Integrity shall appoint the members of this Board. For this reason only, the impartiality of this Board cannot therefore be guaranteed. This Board is intended to exercise the mandate to register, regulate, monitor and oversee the activities of RFOs. Under Clause 8.2(c)(i) and (ii); the Board will maintain a register of all registered RFOs and consider new applications for registration. Additionally, the Policy under Clause 7.0 (d) (viii) permits the State through the Board to determine which entities can or cannot be registered as RFOs through the registration and quality assurance policy as stipulated. This will no doubt have an effect on the smooth running of their operations in this country.

Further to the contemptible suggestion to establish a mechanism for the regulation of finances and resources of religious entities (especially Born Again churches), not to mention declaration of sources of income for church ministers and other spiritual leaders, we must note that these entities (which are duly incorporated, some as companies limited by guarantee) like others, file their tax returns as prescribed by law. Additionally, the policy empowers the State to regulate ownership and management of properties owned by RFOs which as duly incorporated entitites have the legal capacity to own properties. Should the State be allowed to proceed as intended, the right to property as guaranteed by Article 26 of the 1995 Constitution will be infringed upon.

The Policy also proposes that all RFOs should be registered under umbrella organisations or networks for easy censorship as per Clause 7.0 (c) (i), as well as to put in place a framework that regulates RFOs under Clause 7.0 (c) (ii). In light of the right to self determination, those who will not choose to be governed under the proposed umbrella framework (for obvious reasons), will be victimized and discriminated against judging from the way the current establishment works. The Head of State has for some time now engaged in the questionable habit of making donations to some religious sects, perceived and known to be agreeable to the State. This speaks volumes about the position the Fountain of Honour and his agents would take in terms of decision making and resource allocation, wealth distribution and access to equal opportunities in relation to those with reservations concerning the proposed framework.

The above conditions obtaining, can the RFO policy genuinely be said to foster an environment for enjoyment of the freedom of conscience and by extension other civil liberties? The answer is a resounding NO! The conduct and demeanor of those behind this policy and their well wishers has from the start been suspect. How can secret meetings to consider a policy intended to affect public life, guarantee the best interests of the citizen?

Overall, the State’s obligation to observe and safeguard this freedom cannot be overstated for its importance as it has a direct impact on the people’s enjoyment of other rights and freedoms as illustrated above. This is not an obligation the State can choose to observe or not, as it pleases it to do. As James Madison opined considering the imminent dangers in the religious/political alliances of Europe “the religion then of every man must be left to the conviction and conscience of every man; and it is the right of every man to exercise it as these may dictate. This right is in its nature an unalienable right”.

The separation of the State and Religion must stand, as well as the position of our Constitution under Article 7 so as to safeguard the freedom of conscience, belief or religion and other liberties that may be infringed upon as a result of restrictions to this freedom. By seeking to regulate RFOs, the State is indirectly edging Ugandans toward a State determined way of faith and belief which suggests a State Religion. What Ugandans have sadly not realised is the fact that this policy will not only affect the Born Again Church (as many have mistakenly been led to believe) but all other religions or faiths alike. The message in German Lutheran Pastor – Martin Niemöller’s poem titled “First They Came” still rings true to date. First they came for the Born Again Church and the rest of the faiths did not speak up because they were not Born Again Christians and the chain continues…. If this dubious policy is left unchecked, a day will come when there will be no one to defend the Freedom of belief of the last Sect standing.

The RFO policy is a defective, illegitimate and illegal instrument which must not see the light of day, if Ugandans are still interested in a free, fair and just society.