THE PENTECOSTAL CHURCH LEADERS’ MEETING WITH THE PRESIDENT: A BLESSING OR CURSE?

During the weekend, an announcement made rounds on a number of social media platforms indicating that the President of the Republic of Uganda was scheduled to meet with Pentecostal leaders at the Cricket Oval Grounds on Monday, 23rd September 2019 at 8:00am.

The agenda of this meeting is undisclosed and some of the Pentecostal leaders at the helm of organising this meeting have signed off in bold letters at the end of this announcement.

What could be so pressing to cause the Fountain of Honour to dedicate time to this specific Sect? A few questions come to mind as one ponders about the purpose of this meeting:

a) Could it be that these Pentecostal leaders are meeting the President for some wealth creation tips; seeing as some Prophets have “encouraged laziness by discouraging hard work in Uganda”? Could this meeting be all about encouraging these leaders to form SACCOs at their churches, and receiving “boosts” for the same for their hardworking flock? Better yet, what if it is an opportunity to showcase who the “real” prophets, in Uganda are?

b) What if we are getting way ahead of ourselves and all that is going to happen is the Head of State singing another rap about how he granted the Pentecostals Religious Freedoms in a country that was initially intolerant to them and reminding them of how they should be grateful and more well behaved; not to mention seek for more support from their flock come 2021? 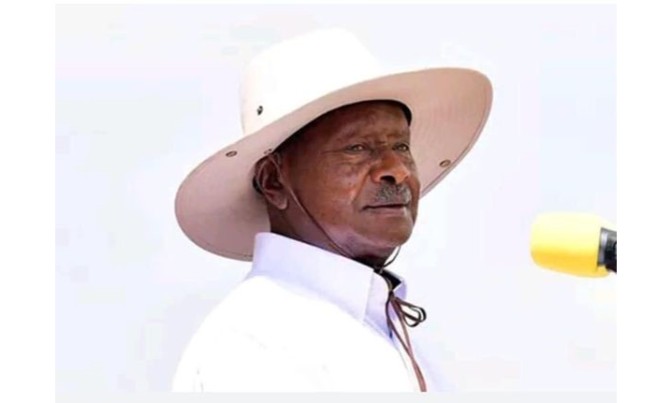 c) Speaking of 2021, the announcement states that it is going to be a “prophetic moment”. What if the meeting is going to be one with powerful prophecies about who will win the 2021 elections — the obvious winner in fact, being in attendance at this “prophetic” meeting? Or might the prophetic operations extend to giving the Head of State divine guidance on how God expects this nation to be run and the consequences thereof should this not be heeded to? But also, could this be dubbed a prophetic moment simply because its occurrence is fulfillment of Bible Prophecy and was further foretold by a Prophetic voice that might, from the look of things have very spot on predictions?

d) With the ongoing countrywide measles immunisation campaign, could it be that the Head of State would like to urge the Pentecostal leaders to encourage their flock to embrace the same given that their positions of leadership afford them influence over a considerable faction of the population; some of whom might be “hell” bent on believing in supernatural health.

e) Is it merely coincidental that this specially arranged session which is said to be a tremendous blessing owing to the fact that it is one of a kind comes at a time when the Religious Faith Based Organisations Policy is at the centre of national debate? Again, are we reading too much into it by being skeptical of the resolutions that could potentially be passed in this meeting; our skepticism being largely informed by the possibility that the Pentecostal leaders who signed off this announcement and seemingly spearheaded this meeting’s preparations are being afforded a wider platform to further spread their stance on the Religious Faith Based Organisations Policy and hence garner more support from the rest of the leaders that might not have caught the “vision” up until this big day?

f) But then again, who knows… these Pentecostal leaders might have come to themselves and had a change of heart about the Religious and Faith Based Organisations Policy, and wish to repent in dust and ashes, and therefore outrightly notify the Head of State of how ill advised it is?

g) Or are we in fact dreaming lofty dreams when what is really going to happen is the handing over of brown envelopes, and the rallying of these leaders to unite and sell the Church for 30 pieces of silver?

One thing is certain. This is not a mere “meet and greet” event where the participants will wash down their throats with a few cups of tea and snacks.

Whatever the case might be, we presume that the matters to be discussed ought to be of “national importance” by reason of the involvement of the Head of State. That notwithstanding, it is common knowledge that the leaders of the Church in this Country have constantly allowed themselves to be in an abusive relationship involving the Church and the State. They have run to the State for favours and have found themselves entrapped in having to enforce the agenda of the State; even where it is not of God.

For God and my Country!