TIME TO STAND WITH A BROTHER IN THE LEGAL FRATERNITY.

On Friday the 12th of July 2019, events that initially started off as a single arrest of renowned author and Watchman, Joseph Kabuleta culminated into the eventual arrest of Godwin Matsiko Muhwezi, a friend and legal assistant of his.

Whereas the Police Force was initially quiet about the whereabouts of Godwin Matsiko, they eventually owned up his arrest a day later on one of the local media stations. 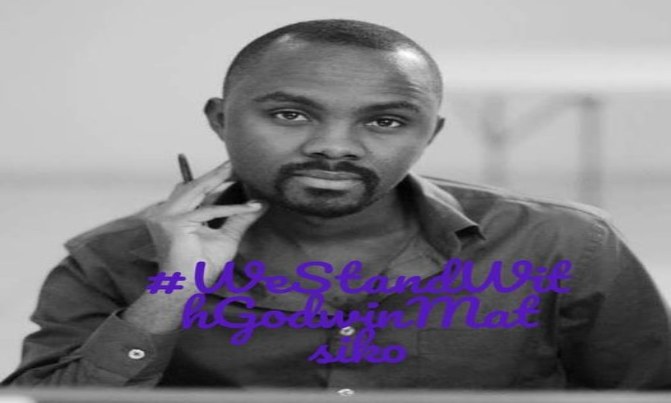 Whereas Mr. Kabuleta is charged under section 25 of the Computer Misuse Act, what is Godwin’s alleged crime? He so happened to be at the scene of arrest of Joseph Kabuleta, and took photos of the vehicle used by the operatives which eventually went viral on the various social media platforms.

As a lawyer, we applaud Godwin Matsiko for his ingenuity and proactiveness at such a crucial moment. Had he not taken this photo, there would have been no evidence of the arrest and thus a mere exchange of allegations against the police and probable denial of the same like they initially did.

In his capacity as Kabuleta’s legal assistant, Godwin did everything right that is required of him in his profession. This is the very reason he was arrested. What does this imply for the legal fraternity in Uganda? With the on-going narrowing of the civic space, aside from the journalists, could the legal profession also be under attack?