WHERE ARE THE DISAPPEARING RWANDAN NATIONALS?

On Monday, 11th March at about 16:30 Hrs, Moses Ishimwe Rutare walked free after a little over one hundred days in illegal detention and unlawful custody by various Security Organs for the most part.

Moses was unlawfully arrested on 22nd December 2018 in Bugolobi, a city surburb by unknown security operatives in unmarked cars, wearing civilian clothes with no identifying insignia and held incommunicado for most of that period. He endured torture and interrogations without having any charges filled against him. Despite immediate requests from his family to the authorities for information on his whereabouts, his arrest was not publicly acknowledged. 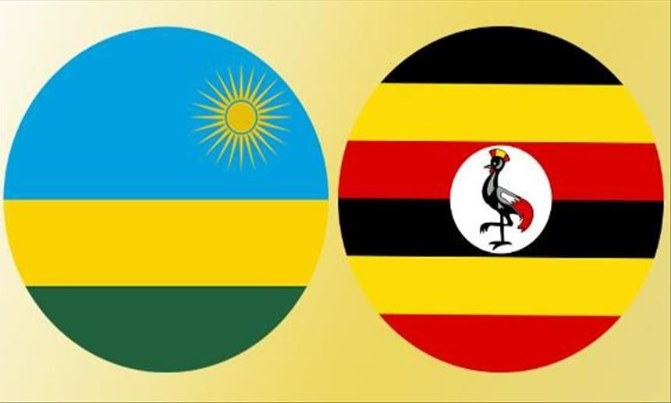 Consequently, his Legal Representative, Daniel M. Walyemwera filled a Habeas Corpus application at the Civil Division of the High Court in Kampala to compel Brig. Abel Kandiho of the Cheiftaincy of Military Intelligence (CMI), the Uganda Peoples Defence Forces and the Attorney General to produce him in Court. On 19th February 2019, the Hon. Justice Lydia Mugambe granted the said application whereto she issued a writ of Habeas Corpus requiring the government and CMI to produce him to court on 26th February 2019. However, this order was not complied with as the government and security agencies refused to cooperate; even when another order was issued for him to be charged before a court of law or released by 1st March 2019, was issued by the same court the following week. Subsequently, the Judge declared Moses’ detention illegal and unconstitutional and, and issued a mandatory release order. The order was served to the Attorney General and the CMI who both ignored it.

He was as an afterthought charged on 3rd March 2019 (following an inordinately long and harrowing detention period), with illegal entry and stay in uganda contrary to Sections 53(1) and 66(h) of the Uganda Citizenship and Immigration Control Act by the Chief Magistrate’s Court in Nakawa. He was thereafter remanded to Luzira Prison until his bail hearing on 11th March 2019, wherefrom he was granted a cash bail of Two Million Uganda Shillings, upon production of substansive sureties. He was ordered to attend court whenever required from 1st April 2019 until the final determination of the charges against him.

Moses is one of the numerous Rwandan nationals living in Uganda who have been apprehended in rendition style by the military over charges relating to illegal entry and stay in Uganda and espionage. It is estimated that more than 50 Rwandan nationals have been detained by the regime during the current conflict between Rwanda and Uganda. In nearly half the cases, relatives of the detainees have no idea of the whereabouts or well-being of their beloved ones.

In the run up to his dramatic release, well-wishers and close friends stood by the holding cell to mostly reassure him that everything was being done to secure his release and inevitably the conversation drifted to the glimpses of the depths of depravity and humiliation that he had endured and the harrowing tale of his arrest, detention and cruel treatment; which was designed to psycologically break him. While in detention, he was beaten, kept blind folded and bound in solitary confinement for days on end without a sense of time or location, he was moved from one detention centre to the next without the knowledge of his family or next of kin. His family was unaware of his whereabouts for 26 days before they were finally informed and most harmful of all, was the sense of isolation that ate away at him during this time.

This experience has understandably made him suspicious of everything and almost everybody, so much so that while he conversated with those around him, he was constantly curious of the proximity of other inmates to the conversation being held and it was suggested that the ongoing discussion be held in another lingua, but in the circumstances he was not too keen about that. At some point when he was interrupted by another inmate who seemingly needed a favour, he turned him down in the most crisp and eloquent Luganda one might have had the opportunity to hear; which is then commendable for someone who illegally entered Uganda in 2018 according to the charges prefered by the State. When asked what would be the first thing he would do after regaining his freedom, after a brief pause, perharps for reflection; he said he would like to brush his teeth and have a good night sleep — regular things that people seemingly take for granted. To see him take his first steps to his much deserved freedom was as momentous as it was rewarding.

It would be wrong to imagine that the torture, killing or disappearing of detainees might be a relatively new phenomenon in Uganda, the testimony of Moses Inshimwe is not an example of a recent phenomenon, but rather offers irrefutable evidence of the continuation of a decades-old tried and trusted state method of dealing with real and imagined dissent, which long predates the current conflict and indeed the current regime. This is not at all surprising because over the last decade, a range of security units within the police and the military in Uganda have earned notorious reputations for using brutal and unlawful interrogation methods, renditions and other practices that flout basic legal safeguards in Ugandan and International law, such as ignoring laws regulating arrest and detention of persons, and extracting confessions by coercion. Confronted with mounting evidence of abuse, government officials have often denied allegations or made piecemeal attempts at reform. Unfortunately, despite commitments by government officials to investigate and make changes to put an end to brutality and dentention without charge, evidnece of abuses continues to mount.

The disappearance of Moses and other Rwandan nationals coupled with detailed allegations of torture and the government’s denials reinforce the reality that Ugandan security forces operate with impunity. Uganda has worked to enhance its reputation as a nation that respects human rights by becoming a member of the United Nations Human Rights Council (UNHRC). But despite these measures of external engagement, the government still fails to protect human rights domestically, or to take significant steps to address the problem of systematic and pervasive torture and prolonged illegal detention.

In most cases, the State authorities are responsible for violations commited against individuals; notwithstanding their obligation under the Declaration on Human Rights Defenders to ensure their protection. Police and other security forces are the most visible perpetrators of these abuses and could be found responsible for arbitrary arrests and physical violence committed during investigation of alleged crimes.

Enforced disappearances and torture are absolutely prohibited under international law in all circumstances. They violate a range of human rights obligations and those responsible can in certain circumstances be prosecuted in other countries. The gruesome account by Moses and indeed numerous other victims of torture and other forms of inhumane or degrading treatment while in detention underscores the importance of Government complying with and upholding the provisions of its Constitution. It also emphasizes the need for Government to fulfill its core obligations under international human rights law in particular, the absolute prohibition of torture and cruel, inhuman, and degrading treatment by systematically addressing persistent allegations of torture and illegal detention by security agencies. This omission by the State leads to a general sense of impunity for those responsible, thereby encouraging them to perpetrate acts against individuals; which can in the long term lead to a breakdown of the rule of law as we know it.